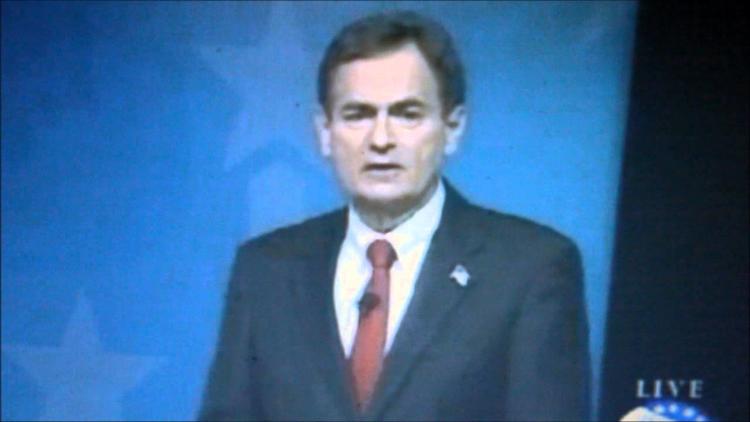 Indiana candidate for the US Senate Richard Mourdock, who has been endorsed by Mitt Romney, has caused a stir by calling children conceived of rape ‘gifts of God.’:

Here is his statement:

Mourdock’s position appears to reflect a theology of predestination, that events in this world are preordained as God’s will. As he later explained, God does not will sin or rape, which is a human choice. But he does will that life come into existence, so that a conception occurs in rape is divine will even if the rapist’s action is not.

Mourdock’s position is also taken by some Muslim religious scholars who interpret Islamic law or sharia:

I believe that the value of life is the same whether this embryo is the result of fornication with relatives or non-relatives or valid marriage. In Sharia life has the same value in all cases.

The problem with Mourdock’s position, which is shared by some advocates of Islamic sharia, is that it is a theological one. That this is so is obvious in Sheikh Al-Salama’s fatwa, just as it is obvious in Mourdock’s diction. Ironically, US evangelicals who have attempted to pass laws in state legislatures forbidding the use of sharia or Islamic law in the American system would in this case be disallowing Sheikh Al-Salami’s position, which is identical to that of Mourdock.

But apparently it is all right with them if Christian sharia is imposed on us all.

Mourdock’s and Al-Salami’s belief that an impregnated egg in a human is immediately a full human being with full legal rights is a modern fundamentalist belief uncommon in the history of Christian or Muslim theology. (To be fair, many Muslim authorities differ with Al-Salami on this position).

No purely secular philosophy holds this position, since it is rationally absurd. It would require that we view all early miscarriages as tragic deaths of human beings and give funerals to all the eggs that become detached from the uterus three days after conception and flow away in the toilet. Out of 4.4 million confirmed pregnancies a year in the United States, about a million end in miscarriage. Those miscarriages that occur in the third trimester are tragedies and I don’t mean in any way to detract from them. But those that occur in the first trimester are obviously not deaths of human persons. Should we name these deceased eggs? Have memorials for them? All you have to do is think about it a little bit to see how ridiculous Murdock’s and Al-Salami’s position is.

There is no conceivable secular purpose that could be accomplished by requiring raped women to bear to term the eggs impregnated by force by their attackers. All laws in the US have to have a secular purpose. Mourdock wants to impose on all Americans a ban on all abortions because of his peculiar theology, which is a violation of our first amendment rights. There is no difference between Mourdock aspiring to legislate for us all based on his theology and Muslim fundamentalists’ attempt to impose sharia on their societies.

Even Sheikh Rachid Ghanoushi in Tunisia has disavowed any attempt to put sharia in the Tunisian constitution. American Republicans often have more hard line positions, wanting a constitutional amendment forbidding all abortion, which they want to put into the constitution because of their Christian religious theology. And, some Muslim jurists disagree, allowing abortion on a wide range of grounds, including rape and incest (indeed, this position was more common in the medieval tradition).

Sometimes our fundamentalists are worse than theirs.