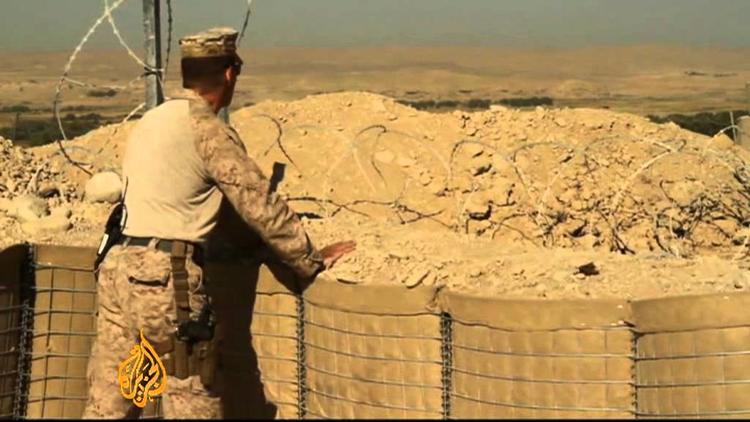 Aljazeera English does what so few US networks are bothering to do: It sends a correspondent to cover the take-over of forward operating bases in Afghanistan by the Afghanistan National Army from US forces, who plan to leave in late 2014. The report and the Afghan commander in Helmand are frank about the challenges of taking on the Taliban there.

The imminent US and NATO withdrawal from Afghanistan is creating opportunities for neighboring Central Asian countries to off themselves as transit routes for the thousands of departing soldiers, and perhaps to counter continued Russian influence by offering secure bases to the US.

The USG Open Source Center translates an item from a Tajikistan newspaper:

“On 18 October Imruz News reports that the United States plans to offer $500 million to Central Asian states that allow NATO troops from Afghanistan to transit their territory. The article says that Uzbekistan, Kazakhstan, Kyrgyzstan, and Tajikistan will offer use of their roads and railroads to transfer non-military cargo. Some experts say Uzbekistan is trying to “detach” itself completely from Russia to ensure that it remains the primary transfer route for troops from Afghanistan, an idea the article says concurs with 2009 predictions by US diplomats that came to light through Wikileaks that Uzbekistan’s president would want to use the transfer of NATO troops as an opportunity to reassert its independence from Russia. The article says the documents also show that Uzbekistani officials offered to build a US air base in Tirmiz. According to the article, corruption is one of the key concerns about the planned US funding, pointing out that Transparency International ranked Kazakhstan 120th on its 2011 Corruption Perceptions Index, Tajikistan 152nd, and Uzbekistan 177th, so there is doubt that the money will go to the population. The article questions how much money Tajikistan will receive because US officials have made it clear that more than 50% of the money will go to Uzbekistan.
(Dushanbe Imruz News in Tajik — Tajikistan’s only daily newspaper; owned by Orien-Media group; current chief editor is Isfandiyori Nazar who replaced Rajabi Mirzo in 2012) Turkmenistan.