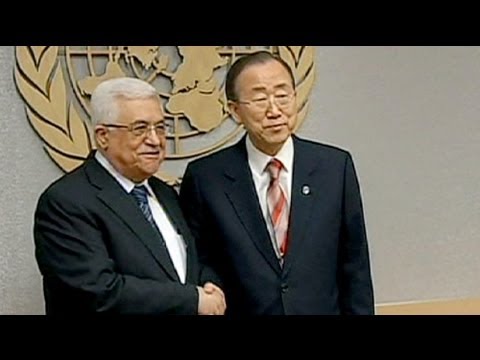 The confidence scam that Israel and the United States have been running on the Palestinians, of a “peace process,” is finally about to meet a well-deserved demise. There are now over 600,000 Israeli settlers on the Occupied Palestinian territory of the West Bank (including the areas unilaterally annexed by Israel to its ‘district of Jerusalem’).

It now seems all but certain that the United Nations General Assembly will vote on Friday to grant the Palestine Authority “observer state” status at the United Nations, the same position enjoyed by the Vatican. It is an upgrade from “entity” recognized as “permanent observer.” Its primary significance is that as an observer, Palestine will have some of the same prerogatives of members within the UN legal structure. In particular, it will be in a much strengthened position to launch protests against the war crimes and crimes against humanity practiced by Israel against the Palestinians.

Euronews has a report:

Aside from the new legal status of Palestine that will result, this event signals a sea change in the relationship of Europe to Palestine and Israel. For decades, Europeans felt guilt about the Holocaust, or saw the Israelis as underdogs, or viewed them as fellow Europeans facing barbarian hordes, and so consistently supported Israel against the Palestinians. That would still be the case if the Likud Party had not foolishly destroyed the Oslo Peace process and if Israeli governments had not implemented an illegal blockade on Gaza and pursued large-scale population transfer of Israelis into the Occupied West Bank, which is illegal under the 1949 Geneva Conventions. The Lebanon and Gaza Wars, and the Israeli attack on the peaceful aide ship from Turkey, the Mavi Marmara, all drastically undermined Israel’s standing in the eyes of Europeans.

Reuters reported that “As of Wednesday afternoon Austria, Denmark, Norway, Finland, France, Greece, Iceland, Ireland, Luxembourg, Malta, Portugal, Spain and Switzerland had all pledged to support the Palestinian resolution.” Other observers suggested that the same 11 that voted in 2011 for Palestinian membership in UNESCO were likely to repeat that vote this year, with the possible exception of Cyprus: Austria, Belgium, Cyprus, Finland, France, Greece, Ireland, Luxembourg, Malta, Slovenia and Spain. In addition, it was originally thought that the Netherlands might well vote for Palestine this time, since there has been a change of government there (they’ve now said now), and Portugal and Switzerland have already joined this group.

Here is a notional map of how the European voting might go (not just EU but the continent): 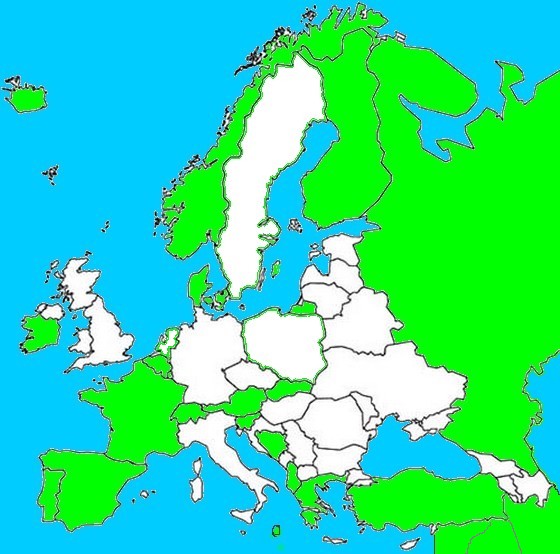 Once the Palestinians have gained a friend with the stature of France, in many ways the Israeli attempt to keep them in a box has already failed. Flanked by Ireland, Spain, Portugal, Belgium, and Switzerland, the pro-Palestinian bloc encompasses much of what was traditionally thought of as Western Europe. And Greece, after all, was the cradle of Europe.

Lots of reasons might be given for their willingness to give Palestinians their due. There is resentment of Anglo-American hegemony. These countries were all strong-armed by the Obama administration to deep-six the Palestinians, and they are refusing. The Irish now see Israel as doing to the Palestinians what the British used to do to them. Spain and France also have foreign policy aspirations in the Arab world. France has a significant Muslim voting bloc, which largely goes for the now-ruling Socialists.

But ultimately the real reason is that the high officials in Europe find the far right wing Israeli government and its Apartheid policies toward the Palestinians increasingly distasteful. The scales have just fallen from their eyes.

In the law, “standing” is a crucial concept. Standing dictates who has a right to bring a law suit. You can’t proceed with a civil action unless the judge agrees that you have standing. Typically, you couldn’t sue on behalf of your cousin if you weren’t affected by the alleged tort. Up until now, the “entity” of the Palestine Authority did not have the standing to bring complaints against Israel to the UN. But Palestine as a UN observer will have such standing, and it could be significant.

Since almost no one else in the US will do so, let me direct readers to the Palestinians’ own position paper on the step. (One of the consistent features of colonialism and Orientalism is that the oppressed are deprived of a voice first of all by being made invisible in mass media and only ever represented by their enemies and detractors. It is very rare that we see an actual Palestinian with good English interviewed about Palestine on American television evening magazine shows.)

As an “observer state,” Palestine can join UN bodies and can sign treaties. One it might like to sign is the Rome Statutes that created the International Criminal Court, a body that the United States and Israel, as hegemons, hate the way the devil hates holy water. Being a hegemon means never having to be tried for your war crimes (most of the government leaders prosecuted by the ICC so far have been from weak, despised African dictatorships).

As a member of the ICC, Palestine could then bring complaints against Israel for its annexation of Palestinian land and practice of Apartheid (which is recognized in the Rome Statutes as a war crime).

Whereas the US consistently vetoes all condemnations of Israel by the four other UN Security Council members, making sure that the Palestinians are always screwed over, it has no ability to stop the UN committees of the General Assembly, the UNGA itself, or the ICC from criticizing or sanctioning Israel. The US and Israeli tactic has been to prevent any official world body from ever producing a text condemning Israel’s treatment of the Palestinians, lest a body of international law grow up that would stand in the way of further Israeli colonization of the Palestinian West Bank, or of its creepy and illegal blockade of the civilians of the Gaza Strip. That tactic is about to be defeated. 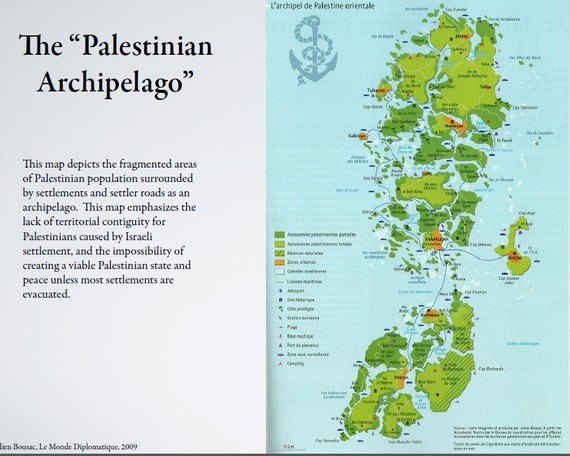 The some 11 million Palestinians, promised a state (no, not Jordan) by the League of Nations and by the British mandatory powers, were largely uprooted and rendered stateless by a concerted campaign of ethnic cleansing by Jewish settlers in Palestine in 1947-48, who had been planted there by a combination of British imperial interests and the rise in Europe of a terrifying and vicious fascist racism in the 1930s.

The helpless, stateless Palestinians, many still living in refugee camps, were successfully slandered by Israel’s fanatic supporters as mindlessly violent oppressors of the Jews. When the West remembered National Socialism vividly, the Palestinians were depicted in Zionist propaganda as Nazis. At the height of the Cold War, the burghers, retailers and engineers among the Palestinians were painted as dangerous Communists. After 9/11, the Palestinians (among the more secular groups in the Middle East) were reconfigured as al-Qaeda. While some Palestinians (amazingly few) did mobilize some 20 years after the disaster of their expulsion from their homeland to resist further Israeli expansionism in the region, with the taking of Gaza and the West Bank in 1967, and Israel has at times been embattled (so that you could understand fear of or anger toward its enemies) it was never acceptable to smear and marginalize an entire people.

Meanwhile, in the decade after the Oslo Peace Accords were signed in the early 1990s, the Israelis doubled the number of settlers on Palestinian land, land from which the Israelis had dishonestly pledged to withdraw by 1998 (they still haven’t withdrawn).