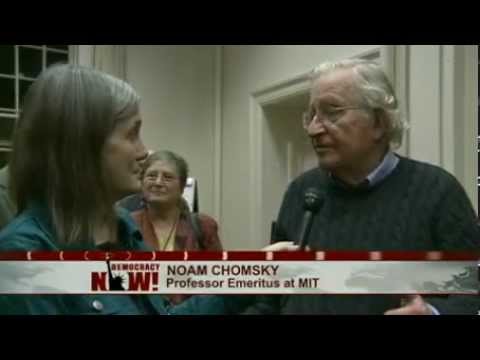 Here is DM’s blurb for the piece: 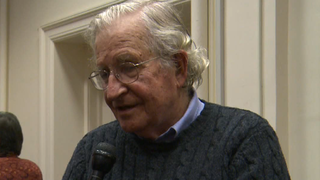 World-renowned political dissident, linguist, author and MIT professor Noam Chomsky joins us to discuss his recent trip to the Gaza Strip, where he publicly called on Israel to put an end to the blockade on the Hamas-ruled coastal enclave. "[Gaza] is a lesson for people from the West," Chomsky says. "If they can struggle on under really harsh and brutal conditions, it tells us we ought to be doing a lot more." Chomsky also comments on President Obama’s re-election, saying: "There are two good things: one, the worst did not happen, and it might have. The second is, it is over. We can put it behind us and get back to work." [Transcript to come. Check back soon.]