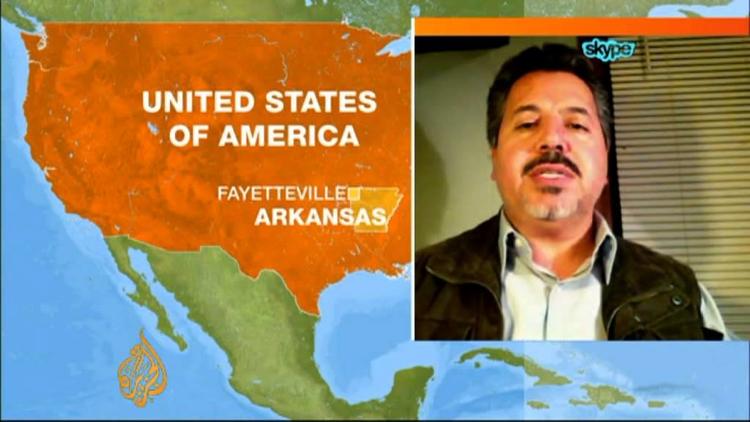 The Syrian opposition appears split on American intervention to shape its leadership. The Syrian revolution is a grassroots affair, with hundreds of small groups on the ground, some of them neighborhood associations, others bigger organizations such as the Muslim Brotherhood.

The umbrella group for the fighters on the ground inside the country is the Free Syria Army. Expatriate leaders had founded the civilian Syrian National Council, which has less grassroots support and is sometimes resented by FSA fighters who see it as out of touch and as not on the front lines.

Secretary of State Hillary Clinton said Thursday that the US can no longer recognize the SNC as the sole representative of the opposition. She seems to want a new organization that will incorporate the Free Syrian Army. A new leadership will be hammered out at Doha, Qatar, next weekend.

Some SNC members applauded the US move, while others angrily denounced it as imperialist meddling.

The US is concerned that Muslim hardliners might come to dominate the opposition if the current drift continues. The FSA is frustrated with he US for its part because Washington is blocking heavy weapons from reaching the rebels. At a time when the Baath regime is intensively bombing their positions from the air, they want anti-aircraft batteries and shoulder-held missiles. The US fears such weaponry could reach al-Qaeda affiliates.