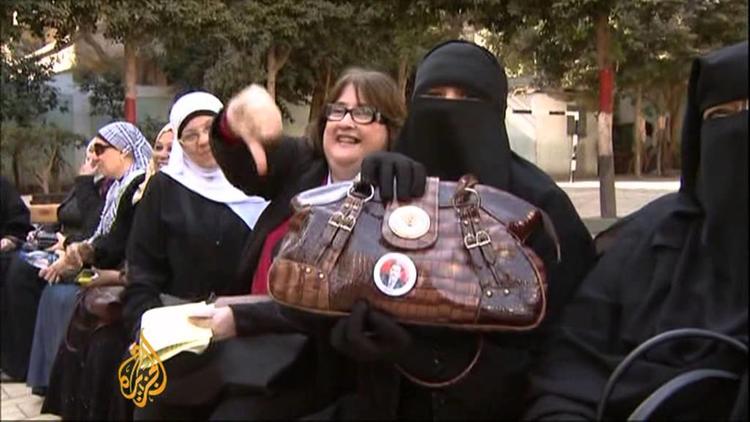 Egyptians went to the polls again Saturday in the second round of the constitutional referendum. The provinces or governorates that voted in this round were disproportionately rural, and early returns suggested a big “yes” vote, perhaps as high as 70% or so. Rural areas are strongholds of the Muslim Brotherhood and other fundamentalist forces, though there are significant rural populations who reject the Brotherhood’s brand of Islam. The highly urban governorate of Cairo, a megalopolis of 19 million, rejected the constitution in the first round, last week.

In this round, the rural governorate of Minufiya rejected the constitution, and it barely squeaked by in Port Said, a center of leftist and labor activism. Critics of the process alleged irregularities at the polls, including campaigning and intimidation by Muslim Brothers or Salafis.

In some provinces, it is alleged that hard line Muslim fundamentalists held rallies to intimidate Egypt’s Coptic Christians from voting. Christians, about ten percent of the population, largely oppose President Muhammad Morsi and his constitution, which they

The turnout was again disappointingly low, about 32 percent according to initial estimates. It had been about 34 percent in the first round.

Many Egyptians opposed to Muslim fundamentalism boycotted the vote or just couldn’t summon much enthusiasm for it. Some, as with the Copts, were intimidated. Given that the constitution passed with 56% in the first round, and it was known that the governorates involved in this one were even more in favor of the Brotherhood, many leftists, liberals, centrists and supporters of the old regime may have stayed home out of despair. These figures show the lowest turnout of any post-Mubarak vote.

Since total “yes” vote from both days came in at about 64% if initial projections hold true, and the total turnout was 33%, only 21% of Egyptian voters actually approved this constitution, which restricts unions and provides no protection to women’s rights, and which seeks to subordinate secular law to Muslim canon law and abolishes civil law with regard to personal status matters.

Aljazeera English has a video report on the second round of voting:

There are big question marks around the legitimacy of the constitution and of the process whereby it was brought to referendum.

It provoked massive protests before the presidential palace, which ended in violence when Muslim Brotherhood cadres attacked liberals and leftists.

During the past two Fridays, there have also been clashes between fundamentalists and their opponents in Egypt’s second city, the Mediterranean port of Alexandria. Confrontations on Friday left some 77 persons injured.

The country will now move to parliamentary elections by late February. But street protests against the constitution and the way it was imposed will likely continue. Whether fundamentalists can do as well in these elections for the lower house of the People’s Assembly remains to be seen; some reports suggest that President Morsi’s high-handedness has damaged the Brotherhood’s reputation with voters.