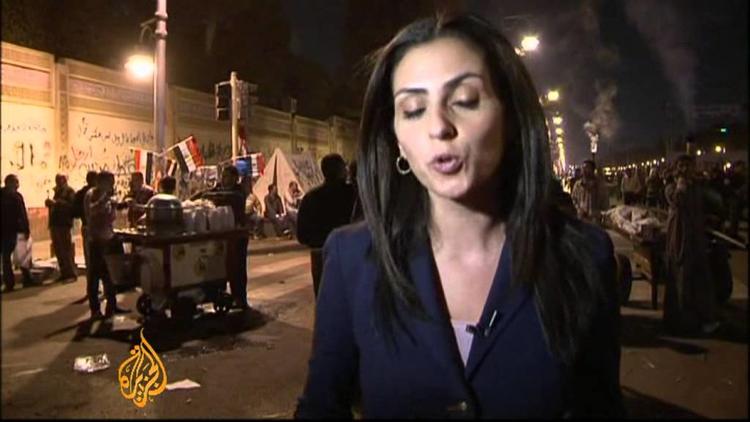 Egyptian President Muhammad Morsi late on Saturday abruptly announced that his controversial November 22 constitutional decree had been abrogated. He no longer holds himself above the law or above judicial review.

The announcement came after he met with some of his critics, including liberal Ayman Nur of the Ghad (Tomorrow) Party, who had been jailed by Hosni Mubarak and had run against the dictator in 2005. Most of Morsi’s major critics and their parties had refused to meet for a dialogue with the president unless he first abrogated his decree and postponed the referendum on the constitution.

The abrogation of the November 22 declaration, moreover, came after the Egyptian military commandeered the airwaves briefly on Saturday and warned that it would not stand by and let the country slip into chaos.

Despite that not very veiled threat from the officer corps, Morsi declined to postpone the vote on the draft constitution, scheduled for December 15, as protesters demand.

The Salvation Front, a coalition of leftist, liberal and centrist parties, called for Egypt’s youth to continue to mass peacefully in “all the squares of Egypt” until their other demand, that the referendum on the Muslim Brotherhood constitution, is canceled. They appear to be setting the state for a massive general strike.

Very cleverly Morsi changed the character of the referendum. Egyptians will be free to vote for the constitution, in which case it will pass and become the law of the land. New parliamentary elections would follow in February. The voters may, however, vote the constitution down. In that case, a new constituent assembly will be elected in March, and will have six months to craft a new constitution.

Referendums with a single question are hard to lose. Could it have passed with 48% ‘yes’ votes if the “no” votes were even fewer– and even though 48% is not a majority?

Now, however, the electorate will have a real choice. Vote for the constitution as it is, or defeat it and elect a new drafting committee. Under these circumstances, I think it will be clear who won.

Many on the left are saying that Morsi’s abrogation of his own decree is no victory for the protesters. Be that as it may, I think the fact that the public now has a clear choice between a Brotherhood-produced constitution and a new, elected constituent assembly, is a real achievement. And, it is clear that Morsi originally had hoped to make people accept the Brotherhood constitution as a way out of the country’s turmoil, as their sole choice. That plan has failed, and he had to give them a choice.

The leftists and liberals are afraid that Muslim clerics mounting the pulpit this Friday will declare that anyone who votes against the constitution is going to hell, and so will sway gullible rural voters. They are convinced that the constitution cannot be stopped if there is a vote on December 15.

I am not so sure. The Brotherhood got only a little over a fourth of the votes in the first round of the presidential election last May. Secular candidates took about 60%. Then, Morsi barely beat Mubarak’s last prime minister, in a country that had overthrown Mubarak. The urban notion of rural rubes is too simplistic. Many villagers are attached to the benefits of the Nasserist government, including land reform, which the Brotherhood has often advocated reversing.

I think that there is a real chance that a coalition of liberals, leftists and Muslim centrists could defeat Morsi’s constitution. Even the prestigious Muslim seminary, the al-Azhar has come out against it.

I am sympathetic to the protesters’ argument that December 15 is too soon for the referendum, and does not afford the people the opportunity for a national debate on its details.

But, the left-liberal strategy of boycotting the referendum and pursuing street protests is a disaster in the making. If they are going to win, they will have to get out the vote against Morsi’s constitution. Staying home and sulking will just hand Morsi a victory.

And, the Sunni Arabs’ decision to boycott the late January, 2005, parliamentary elections in Iraq arguably set the country on the path to civil war. The Iraq parliament was the body that crafted the constitution, and the Sunnis were left out of that process and then voted against the constitution. But they could not defeat it, and many subsequently turned to radicalism.

Clearly, Morsi should do the right thing and delay the Egyptian referendum for a month or two. But remember, he thinks there are justices plotting a way of striking down this constitution as illegitimate, because it is the fruit of a poisoned tree, i.e. it was produced by a Constituent Assembly that is unbalanced (women absent, not 10% Christian as is the country as a whole, liberals and leftists and women largely absent, etc. Morsi may think that if he postpones the referendum for very long, the justices will strike down the present text.

Morsi’s decree, which threw the country into weeks of turmoil, was a preemptive strike at Egypt’s powerful judiciary. Most of the judges had been appointed by deposed dictator Hosni Mubarak, and they have sometimes played a negative role in the country’s transition to greater democracy.

Morsi appears to have received intelligence that the judges were planning to declare illegitimate the Constituent Assembly of 100 members (originally) that had been appointed by parliament to draft a new constitution. Some 22 members, most of them liberals, leftists, Christians or mainstream Muslims, had resigned from the assembly, along with 7 reserve members. The remaining 78 members were disproportionately drawn from the Muslim Brotherhood, which had dominated the parliament elected in fall, 2011. The supreme administrative court had declared that parliament illegitimate and sent home its members because parties (especially the Brotherhood’s Freedom and Justice Party and the Salafi Nur Party) had illicitly contested the third of seats that had been set aside for independents. Many observers wondered why the court did not just vacate the seats it said were illegitimately gained, and have re-vote for that third of the parliament. Instead, they struck down the whole body.

Morsi also was clearly worried that the courts might strike down his August 15 decree subordinating the military to himself. And, perhaps he worried that his very continuation as president was in danger from the high-handed justices.

So he struck first. He declared that his presidential decrees could not be overturned by the courts, thus protecting his command of the military. He declared that the courts had no right to dissolve the Constituent Assembly. He also switched out his public prosecutor, who had not won any cases against the corrupt and brutal Mubarak officials.

Then Morsi went further, and declared himself above any judicial review.

I personally believe that if Morsi had begun by addressing the nation, perhaps from Tahrir, and declaring that there was a judicial plot to bring back the dominance of the Supreme Council of the Armed Forces, he could have gotten most Egyptians on his side.

Instead, he made it look as though he himself were making the coup, placing himself above the law. Even Mubarak was routinely sued (when the former dictator instituted a retail tax in the late 1990s, some 4000 retailers sued him on the grounds that such a tax was unconstitutional according to the socialist-tinged 1971 constitution).

Morsi had also extended the deadline for the production of a constitution from the end of December to the end of February.

But once it was clear that his announcement had been poorly received and was likely to cause a lot of trouble, suddenly the Constituent Assembly finished up its work and handed the president a draft that he could take to a national referendum.

Morsi scheduled the referendum for December 15. Liberals, leftists and centrists complained that the date left too little time to have a national debate on the more controversial articles of the new constitution, some of them seemingly back doors through which a theocratic element could be inserted into Egypt’s governance.

Morsi and his people are likely counting on the following:

1. The judges can no longer stop a Muslim Brotherhood constitution from going forward, since the constituent assembly has finished its work and there is no point in trying to dissolve it. In any case, many judges are so angry over the November 22 decree that they are on strike. So, Morsi gets to present his Brotherhood-crafted constitution to the people, and this is a win for him.

2. Morsi and his team know that the leftists, liberals and even many centrists will likely boycott the December 15 referendum. But this gesture is futile, and if they do boycott, it will simply ensure that the constitution passes.

3. The danger that the judiciary might try to undo the August 15 decree subordinating the military to the civilian president has subsided. And, if the new constitution passes, then the decree will be moot, since the constitution specifies the same arrangement. The justices cannot overrule a constitution that was voted in by a majority of those who voted.

In essence, Morsi no longer needs his November 22 decree, since the constitution itself will accomplish most of the work he wanted the decree to perform. When he issued it, he thought the constitution would not be finished for 3 months, and wanted to protect himself and it from Mubarak’s judges in the meantime. The accelerated timeline achieved by the Constituent Assembly, in finishing up the constitution so quickly, allowed Morsi to back down from his decree.

At the same time, he simply is not giving people enough time to absorb and debate the text of the new constitution, and to deliberate on how it might change their lives.

Egypt’s turmoil will continue as long as Morsi clings to this other authoritarian principle, of trying to ram his preferred constitution through.