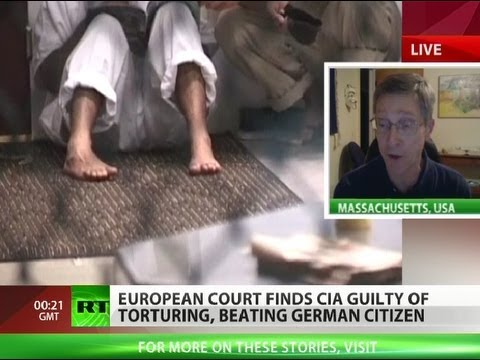 For the first time, the European Court of Human Rights has found the US Central Intelligence Agency guilty of torturing and sodomizing an innocent man.

German national Khalid El-Masry (of Lebanese ancestry) was kidnapped (“rendered”) from Macedonia and taken to Afghanistan and placed in the “salt pit.” He was beaten, sodomized and tortured until 2004, when the CIA realized he was a case of mistaken identity and released him. The verdict sheds light on among the darkest routine practices of US intelligence in the past decade.

RT interviews journalist and historian Doug Valentine on the verdict:

Note that no such cases have been brought in US courts, much less verdicts obtained, and that there was a relative blackout on this news in the US mass media.