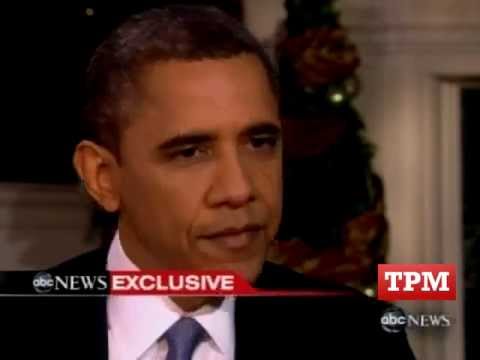 President Obama announced on Tuesday that the US now formally recognizes the Syrian opposition as the legitimate government of Syria:

US Secretary of Defense Leon Panetta said Tuesday that there were no further indications of the Syrian regime priming itself to deploy chemical weapons. (My own suspicion is that Israeli intelligence planted that story in the first place, because it wants the US to militarily secure the chemical weapons lest they are transferred to Hizbullah. The Obama administration dealt with Netanyahu by saying deployment of chemical weapons would be a red line for the regime, and then declaring that the warning worked.)

Obama’s recognition comes as the momentum is turning slowly against the regime of Syrian dictator Bashar al-Assad and his Baath Party. Alarabiya reports on how the Free Syria Army has reorganized itself, assigning each sector of the country to a rebel general. The video at the link above is well worth watching.

The ability of the revolutionaries to disrupt the international airport in recent days is also a blow to the regime, which has had to divert Iranian arms flights to smaller military runways.

The revolutionaries claimed on Tuesday to have taken the last Baath military base in Aleppo and Idlib Province, denying the regime a site from which to subject them to artillery barrages. They also have captured anti-aircraft batteries from regime bases, reducing the danger to them of aerial bombardment.

Nadir Rida reports in the pan-Arab London daily, al-Sharq al-Awsat [The Middle East, for December 11, 2012, as translated by the USG Open Source Center:

“The Syrian opposition announced yesterday it seized the 111 th Battalion in Al-Shaykh Sulayman area in Aleppo countryside which was the regime’s last strategic stronghold in Aleppo and asserted “its liberation after a siege lasting three months.” …

Rami Abd-al-Rahman, director of the Syrian Observatory for Human Rights, asserted that “Al-Nusrah regiments or those associated with them seized control of Al-Shaykh Sulayman military base after weeks of violent battles.” Colonel Arif al-Hamud, chairman of the “Shuhada Suriya Grouping” operations, said control of the regiment “was done through the joint effort of all the rebel regiments, including the Islamists.” He pointed out in a contact with Al-Sharq al-Awsat that “all the revolutionaries’ factions in Aleppo countryside took part in besieging the base for three months and in liberating it.”..

The army’s 111 th Battalion is located 12 km northwest of Aleppo, occupies an area of 2 km, and is the last important stronghold for the regular forces in an area of contact with Aleppo and Idlib Governorates which are almost totally under the opposition forces’ control.

Al-Hamud stressed that “the regular military units in Aleppo and Idlib countryside are falling one after the other” and added that “with the fall of the 111 th Battalion the danger of the air bombing of the rebel villages surrounding the area ends since the regular military units in northern Syria were turned into artillery barracks, which are useless for combat, and came under one attack after the other by the rebel forces.”… He revealed that the FSA’s spoils from the battalion “varied between 57 mm guns, 23 mm antiaircraft guns, automatic rifles, and 14.5 and 12.7 ammunitions which are more important for us.”…

As the above piece makes clear, it is worrying that some of the recent military successes have been won by the Jabhat al-Nusra or Victory Front, hard line fundamentalists who may have an al-Qaeda-like ideology. This group is very minor in the revolution a a whole, representing a small percentage of the actual fighters, but the US has designated it a terrorist organization i hopes of isolating it from the rest of the opposition. (So far, as the SA article makes clear, there is close coordination between the group and the moderate Free Syrian Army.)

France24 has an English-language video report on the Jabhat al-Nusra , who represent a “third force” in Syria:

Also on Tuesday, at least 10 Alawite Shiites were killed and more wounded by a bombing in Aqrab, an Alawite village north of Hama that neighbors Houla. Houla is a largely Sunni town that was attacked last spring by Shabiha or regime death squads. The bombing of a shabiha safe house in Aqrab appears to have been in reprisal for the earlier Houla attack. If this account is accurate, it is another step toward sectarian reprisals of a worrying sort. Some 30% of Syrians belong to religious minorities, many of them supportive of the regime or at least afraid of Jabhat al-Nusra.