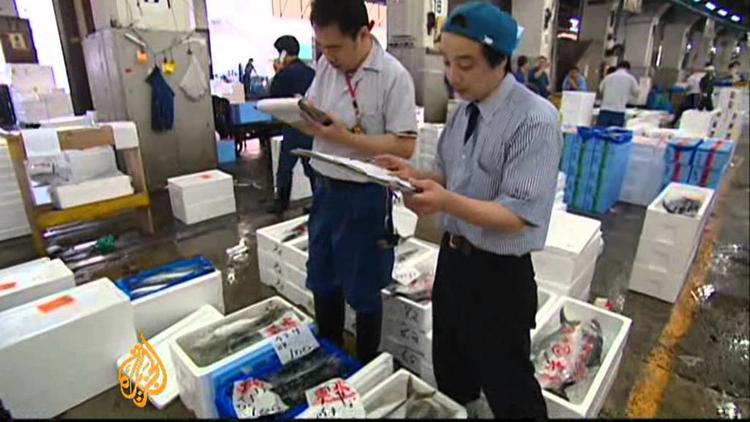 A new study has found that 84% of all fish have unhealthy levels of mercury! Richard Gelfond, CEO of IMAX, the film company, has had his health permanently damaged simply from eating a lot of fish.

The message to take away is not never to eat fish. It is that there is too much mercury in our environment. Half of all mercury emissions in the United States come from coal-fired power plants, and a quarter of mercury released into the environment globally is from coal. Some 1200 new coal plants are now planned around the world, and this must not be allowed.

By the way, about 10% of mercury in our environment comes from burning natural gas and petroleum and refining petroleum. So not only are hydrocarbons causing calamitous global warming, but they are responsible for over a third of our present mercury poisoning globally, and for well over half of that in the United States.

The United Nations Environmental Program has just issued its [pdf] 2013 assessment of the mercury threat.

It finds that human-caused

“emissions and releases have doubled the amount of mercury in the top 100 meters [yards] of the world’s oceans in the last 100 years. Concentrations in deeper waters have increased by only 10-25%, because of the slow transfer of mercury from surface waters into the deep oceans. In some species of Arctic marine animals, mercury content has increased by 12 times on average since the pre-industrial period. This increase implies that, on average, over 90% of the mercury in these marine animals today comes from anthropogenic [human] sources.”

And, the United Nations has been meeting in Geneva on a possible new global treaty limiting mercury emissions.

There are some 600 coal plants in the United States, and they should all be shut down on grounds of mercury pollution alone, but they also are the major contributor to global warming. They can now all quickly be replaced by solar and wind installations, with some natural gas if absolutely necessary. People who complain about the ‘extra cost’ of solar and wind seem not to mind, like, neurotoxins all around them, or billions of dollars of climate change damage. Besides, wind and solar are just about at grid parity with coal in many markets,and will be able to undersell it, even ignoring the externalities in the true cost of coal, in this decade.

Mining, distributing and burning coal should be illegal.