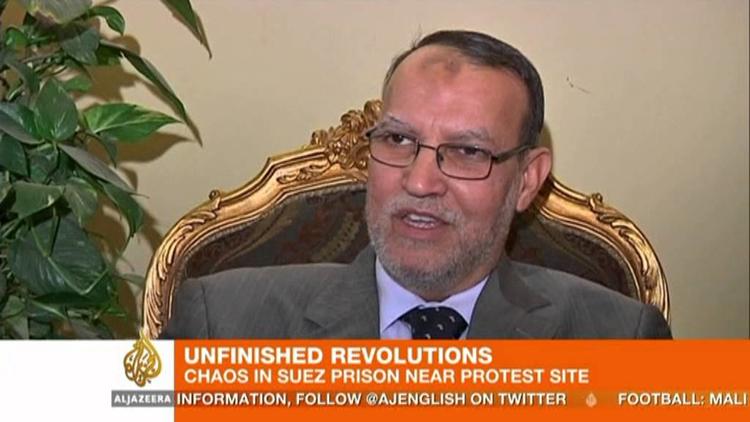 The canal cities of Port Said, Ismailia and Suez rejected the imposition of a curfew and of emergency laws on them Monday night. In the meantime, the major opposition parties declined President Muhammad Morsi’s call for a meeting to work out differences. The National Salvation Front, made up of leftists and old regime secularists, insists that Morsi widen his cabinet to create a government of national unity and that he take back out of the constitution paragraphs that threaten an imposition of a strict interpretation of Muslim religious law on everyone.

In Port Said, some 10,000 demonstrators defied the curfew, with representatives of all the major groups in the port city of nearly a million coming out to chant against President Morsi and against the Muslim Brotherhood. They cursed the Supreme Guide of the Brotherhood, Muhammad al-Badi`, and the former member of parliament for a district of Port Said in Parliament from the Brotherhood, Akram Sha`ir.

In the first round of the presidential elections last May, Port Said voted for leftist Hamdeen Sabahi. Sabahi did well but was not among the top two vote getters. That was Morsi and his rival, Ahmad Shafiq (Mubarak’s last prime minister and a man of the old regime). Port Said preferred even Shafiq to Morsi. This record of voting in recent elections suggests that Port Said has a strong secular orientation, and that labor unions are strong (it was likely the unions who got out the vote for Sabahi last May).

On top of everything else, a court just sentenced 21 young men many from the Green Eagle soccer fan club (supporting Port Said’s al-Misri team), to death for allegedly deliberately provoking a riot in the city’s stadium last February that left dozens dead. In the stampede, many fans of Cairo’s al-Ahli team died, and it was rumored at the time that elements of the old regime conspired with pro- al-Misri soccer hoodlums to punish the ultras or soccer hoodlums from Cairo for their role in overthrowing Mubarak. Many in the city seem to believe that the verdict against the Port Said fans was directed by the Muslim Brotherhood to curry electoral favor with Cairo (the Brotherhood hadn’t done well in much of Cairo, a metropolitan area of some 20 million).

Among the forms of protest, breaking the curfew, are the playing of street soccer in front of government buildings. In Suez, they are having musical festivals in which a local musical instrument features prominently. Youth are marching and chanting, “No to the Brotherhood, no to the Salafis! Egypt belongs to all Egyptians!” and “We don’t have to fear a curfew if Morsi goes first.” They called on Morsi to step down from the presidency.

The canal cities have played important roles in modern Egyptian nationalism, fighting off the British, and in 1956, they took on the British, French and Israelis. Their people reminded Morsi of these years of sacrifice.

Youth have now put up a Facebook page calling for Morsi to step down.

It seems fairly clear that the Egyptian military is not policing the curfew in those cities, so Morsi’s hopes of handing the problem off to them has not worked.