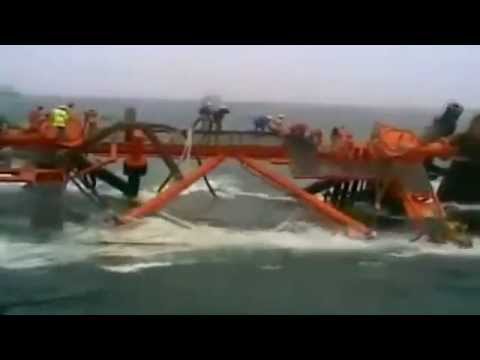 A $40 million platform unit in the Persian Gulf designed to increase Iran’s natural gas production sank last week. It was built with Iranian government funding via a company belonging to the Iranian Revolutionary Guards Corps. On this evidence, Sen. Lindsey Graham of South Carolina can stop staying up every night worrying that the IRGC is coming for us.

Here is video of the platform sinking:

When Iran does double its natural gas production, if it exports it, that could put further pressure on more expensive coal plants to close and for plans for new ones to be abandoned by investors. Since natural gas burns much cleaner than coal, this would be a gain for reducing carbon emissions. On the other hand, cheap natural gas delays the moment when solar and wind are altogether less expensive than hydrocarbons (not counting externalities like the damage the latter do through global warming), so increased gas production is a mixed picture. Natural gas produced through hydraulic fracturing may be as bad as coal because of substantial releases of methane, a very toxic greenhouse gas.