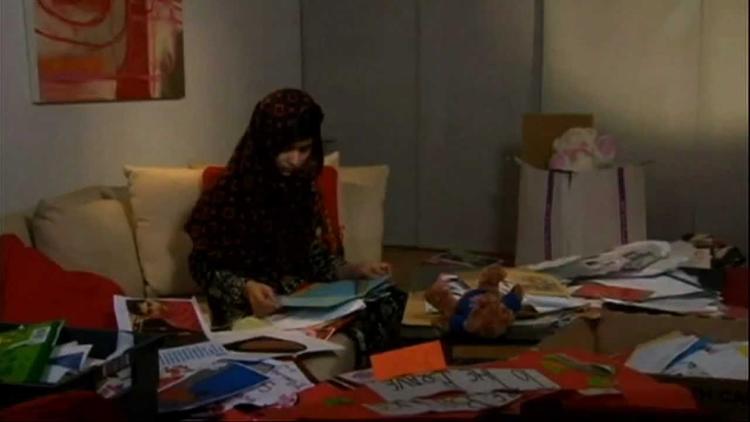 Malala Yousafzai has released two videos in the past few days, one before her surgery to put a plate in her skull, and after she came out of the successful operation. She announced that she has created a foundation to promote the education of girls. She also spoke of her ordeal and said that she was willing to be shot all over again for her cause.

In the pre-operation video, she said,

“Today you can see that I am alive. I can speak, I can see you, I can see everyone and … I am getting better day by day. It’s just because of the prayers of people. Because all people – men, women, children – all of them have prayed for me.

“And because of these prayers God has given me this new life … and this is a second life. And I want to serve. I want to serve the people. I want every girl, every child, to be educated.”

Malala was shot in the forehead last October by a young member of the Taliban in Pakistan’s Swat Valley after she stood up publicly for women’s education there. Although there is no discouragement in mainstream Islam for the education of women, the weird Taliban ideology, born in the maelstrom of the Soviet occupation of Afghanistan and its aftermath, is highly misogynistic. The early Muslim community transmitted what it believed were sayings of the Prophet Muhammad, one of which says, “Seeking knowledge is a duty of every Muslim, man or woman.”

The Pakistani Taliban had taken over Swat, formerly a green, beautiful tourist attraction, in 2008. In spring of 2009, under pressure from the incoming Obama administration, the Pakistani military cleared the Taliban from the valley and garrisoned it. But some young men there still have Taliban ideas and loyalties. Many supporters of the Taliban are desperately poor, having lost farm land to big landlords.

Meanwhile, Labor Party members in Norway have formally nominated Malala for a Nobel Peace Prize. (Thousands of people are permitted to make nominations, so at this point it is little more than a gesture).

The federal government in Pakistan spends 7 times more on the military than on schooling.

Pakistan has 5 million children who should be in school but aren’t, the second highest in the world. Two-thirds of those unschooled childred are women (i.e. 3 million). 1 in every 12 school-aged children in the world who are not in school are Pakistani.

Pakistan has made some progress in basic literacy. Among young women from their teenaged years through their late 20s, some 61% are literate. Some 79% of young men in that age cohort are literate. Older women are much less literate.

Despite Pakistan’s progress in attacking illiteracy, the country is not doing enough to educate its children, and in rural areas there is resistance to girls’ education past a certain age, for fear it will make it difficult for her to find a husband. There is also a pervasive fear that if young women are not married off young, they might lose their virginity to a classmate. Solution? No schooling, no classmate. Given Pakistan’s rapid population growth and enormous youth bulge, the government needs vastly to expand the resources it devotes to education, both of girls and boys.