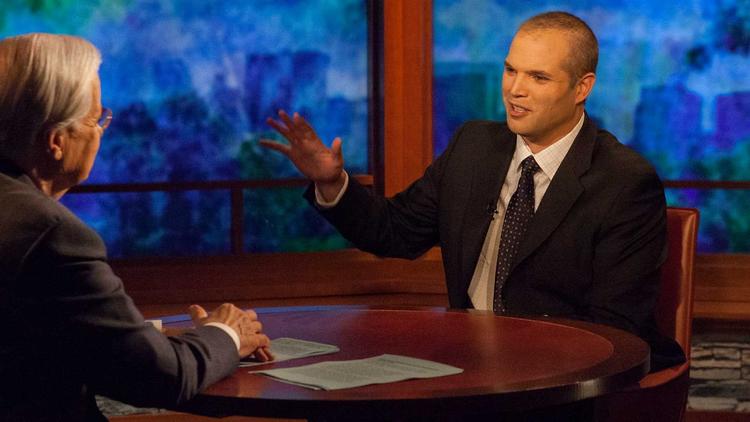 Bill Moyers interviews Rolling Stone journalist Matt Taibbi on why banksters who clearly engaged in illegal activity that crashed the American economy have been held harmless from prosecution.

This is the blurb at Bill Moyers’ indispensable site:

Rolling Stone‘s Matt Taibbi joins Bill to discuss the continuing lack of accountability for “too big to fail” banks which continue to break laws and act unethically because they know they can get away with it. Taibbi refers specifically to the government’s recent settlement with HSBC — “a serial offender on the money laundering score” — who merely had to pay a big fine for shocking offenses, including, Taibbi says, laundering money for both drug cartels and banks connected to terrorists.

Taibbi also expresses his concern over recent Obama appointees — including Jack Lew and Mary Jo White — who go from working on behalf of major banks in the private sector to policing them in the public sector.

“The rule of law isn’t really the rule of law if it doesn’t apply equally to everybody. If you’re going to put somebody in jail for having a joint in his pocket, you can’t let higher ranking HSBC officials off for laundering $800 million for the worst drug dealers in the entire world,” Taibbi tells Bill. “Eventually it eats away at the very fabric of society.”