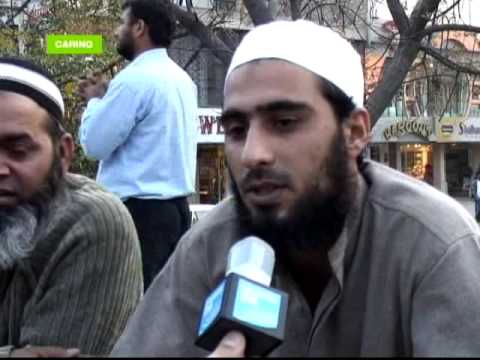 On Sunday, Pakistani police rounded up 70 suspects in the mass arson attacks on Saturday on the Christian neighborhood of Joseph Colony on Noor Road in the Badami Bagh district.

The incident has its origin in a misuse of Pakistan’s blasphemy law, which desperately needs to be repealed if the country is ever to make any progress.

The News Int’l reports from Pakistan that the clashes may have had their origins in upcoming vote inside the steel workshops’ union. One of the factions was seeking votes by posturing as more Muslim than the other, and hit upon the stratagem of being hard on the Christians to underline their credentials. One of them, a Shahid Ali, is alleged to have begun the campaign on Friday by accusing his former friend from the rival faction, the Christian Sawan Masih, of having committed blasphemy. That accusation in turn helped spark the rampage on Saturday in which 170 homes were set aflame and a similar number of Christian families had to flee Some reports suggest that the two had been drinking buddies and that Shahid Ali made the charge while drunk.

France24 has a video report:

A spokesman for Pakistani President Asaf Ali Zardari said, “The president said that safeguarding the rights of all citizens — Muslims and non-Muslims alike — was one of the main responsibilities of the government and it would continue undertaking every effort for the protection of their rights as enshrined in the Constitution of Pakistan. He said that such acts of vandalism against minorities tarnish the image of the country.”

Punjab Chief Minister Shahbaz Sharif said that each affected Christian family would be granted 200,000 rupees in cash and that their homes would be rebuilt by the state. Sharif also threatened to pursue terrorism charges against the rioters. (His generosity to the victims is admirable, but the tendency of governments to use terrorism laws to punish simple criminality really should be resisted).

Pakistan has seen a great deal of violence against religious minorities in recent years, and major attacks and bombings against the Shiites.

Pakistan, a country of roughly 180 million, is 97 percent Muslim. It is the 6th largest country in the world. It is so populous that that means there are 5.4 million Hindus and Christians, about 2.7 million each. In other words, there are as many Christians in Pakistan as in the whole country of Slovenia or of Jamaica.

Pakistan has elections coming up, and it is interesting that the rhetoric and actions of the politicians of both major parties suggest that they think a platform of tolerance will do them more good than a Muslim hard line.