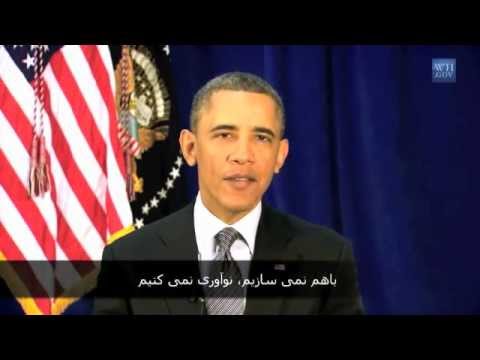 Farhang Jahanpour writes in a guest column for Informed Comment

Nowruz, the Iranian New Year, is one of the oldest festivals celebrated in the world. In fact, the palace of Persepolis built in the sixth century BC was an audience hall for celebrating Nowruz. It takes the spring equinox (falling on 20 or 21 March each year) as the start of the year, and it is celebrated in Iran and in many other countries, including Afghanistan, Tajikistan, and other Central Asian states, as well as Arran (Republic of Azerbaijan) and some other countries in the Caucasus. It is celebrated by the Kurds in Iraq, Syria and Turkey and many other peoples who have a shared history with Iran. It is a time of renewal and rebirth.

On the Wednesday prior to the New Year (Chaharshanbeh Suri) Iranians jump over fires that they light to symbolize that they are leaving winter behind and are preparing themselves for the coming spring, which in Iran where the seasons are very regular brings about a sudden and dramatic change in nature. Even those who can afford only one new set of clothes a year, wear their new clothes, visit their relatives (starting with the more senior right down to the youngest ones) and give and receive presents. New Year holidays last at least five days and all schools, colleges and many other institutions are closed for two weeks, enabling millions of Iranians to travel to different parts of the country.

Since coming to power, President Obama has sent a recorded message to the Iranians on the occasion of Nowruz. In his first message, breaking with tradition, he went out of his way to address not only the Iranian people but also the Iranian government, and extended the hand of friendship. He said: “So in this season of new beginnings I would like to speak clearly to Iran’s leaders. We have serious differences that have grown over time. My administration is now committed to diplomacy that addresses the full range of issues before us, and to pursuing constructive ties among the United States, Iran and the international community. This process will not be advanced by threats. We seek instead engagement that is honest and grounded in mutual respect.” He even went on to quote a line from a famous poem by the Iranian poet Sa’di, namely “The children of Adam are limbs to each other, having been created of one essence.”

For a number of reasons, that gesture did not produce the desired results. Part of the problem was that the Neoconservative remnants who were advising him on Iran set a very tight deadline, saying that the window of opportunity should be open for a limited time and if Iran did not respond the US should adopt stronger measures against Iran. Threats of “all options are on the table” never ceased. However, maybe the main reason for the lack of progress was the rigged Iranian election in 2009 that gave rise to the brutal suppression of the Green Movement by the Iranian hardliners. Under those circumstances, it was understandable that the US president could not continue extending the hand of friendship to Iranian leaders. In fact, Ahmadinezhad’s message of congratulation to President Obama on his election and his other efforts to start a dialog with the US went completely unanswered. The subsequent Nowruz messages by President Obama became harsher in tone and criticized Iran for her nuclear program.

In his latest Nowruz message released early on 18 March so that it would not be overshadowed by his visit to Israel, the president has adopted a softer tone:

He chided Iranian officials for having failed “to take immediate and meaningful steps to reduce tensions and work toward an enduring, long-term settlement of the nuclear issue,” but he extended the hand of friendship saying: “As I’ve said all along, the United States prefers to resolve the matter peacefully, diplomatically.” He assured the Iranians: “Indeed, if—as Iran’s leaders say—their nuclear program is for peaceful purposes, then there is a basis for a practical solution. It’s a solution that would give Iran access to peaceful nuclear energy while resolving once and for all the serious questions that the world has about the true nature of the Iranian nuclear program… The United States, alongside the rest of the international community, is ready to reach such a solution.”

Although admitting that finding a solution would not be easy, he enumerated some of its benefits: “Finding a solution will be no easy task. But if we can, the Iranian people will begin to see the benefits of greater trade and ties with other nations, including the United States. Whereas if the Iranian government continues down its current path, it will only further isolate Iran. This is the choice now before Iran’s leaders.” The president concluded: “As a new spring begins, I remain hopeful that our two countries can move beyond tension. And I will continue to work toward a new day between our nations that bears the fruit of friendship and peace.”

This time, he quoted a line from another great Iranian poet Hafiz who wrote: “Plant the tree of friendship that bears the fruit of fulfilment; uproot the sapling of enmity that bears endless suffering.” Let us hope that this time the two countries can move beyond simple words and can demonstrate their peaceful intenions by deeds. As the Persian saying goes “do sad gofteh chun nim kerdar nist” two hundred good words are not as effective as half a good deed. As many Iranians are suffering from lack of medicine, as a gesture of goodwill, the president could say that since medicine is not included in sanctions he will authorize the banks to provide credit for the purchase of medicine. He could ease some of the travel restrictions on Iranian students and tourists. Such measures would be much more effective in winning the hearts and minds of the Iranians than just fine words.

Here is a program of happy seasonal songs for Nowruz performed by Kamakars ensemble: