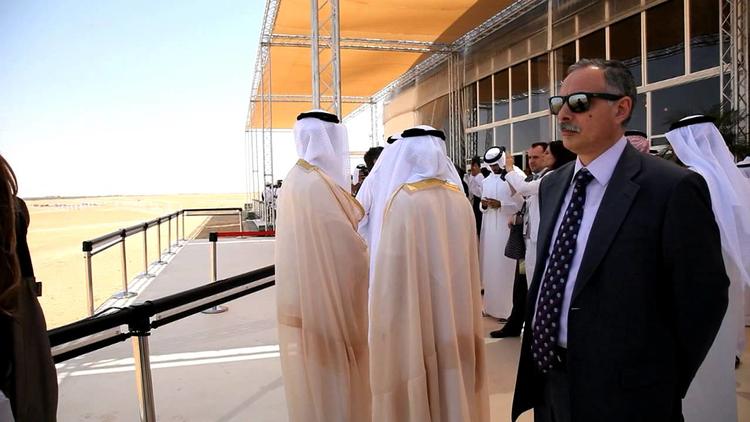 Although the Gulf makes its way in life by selling petroleum, countries like Qatar and the United Arab Emirates don’t engage in that sordid game of the American rich, of climate-change denial. The emirs are in no doubt about its dangers to their region and the need to use their current wealth to move to renewables. Since green energy requires massive investment capital, and since these countries are very wealthy, they are, ironically, in a position to take the lead on green energy. And they have the will. Unlike big American energy corporations who pay weasels to deny the dangers of our rapidly altering climate.

the United Arab Emirates has launched the Middle East’s biggest concentrated solar power plant, with the help of Spain’s Abengoa and the French energy firm Total S.A. When fully operational, Shams-1 will generate 100 megawatts of electricity.

The project was inaugurated by UAE President, Shaikh Khalifa bin Zayed al-Nahyan. It is a project of Masdar, a green energy concern backed by the UAE government and headed by Sultan al-Jaber, whom I met in February when I was given a wonderful tour of Masdar City near Abu Dhabi by the very kind genius, Hector Hernandez. (See this press release).