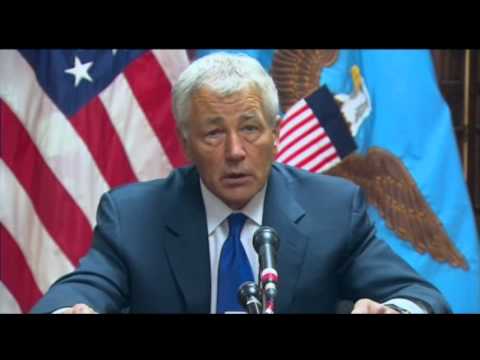 Once again, the erratic president of Afghanistan, had US officials shaking their heads in disbelief after he gave a speech while Secretary of Defense Chuck Hagel is in Kabul in which he blamed the interactions of the US and the Taliban for his country’s security problems.

Karzai was visibly angry about the Taliban bombing at the Ministry of Defense on Hagel’s arrival. In his Pashtu speech he said that the Taliban carried it out “in the service of America.” What he appears to have meant by that weird accusation is that the Taliban are eager to prevent a US withdrawal in 2014 and are attempting to draw the US into a greater entanglement in the country as a pretext for painting the Kabul government as lackeys of the Americans who need to be overthrown.

He also implied that the US is hoping for pretexts to extend its military presence in the country. US generals denied that they wanted to be there any longer than was necessary to leave the country in a stable condition. The US has ceased active, unilateral combat missions in country, and is scheduled largely to be out of Afghanistan by the end of 2014.

Karzai also complained about US negotiations with the Taliban in Qatar, which he said had started back up. This assertion is untrue, according to both the US and the Taliban. Karzai has for some time exhibited paranoid conspiracy theories. He once told bewildered visiting Congressmen that he had a choice of joining the Taliban or siding with the US and that sometimes he regrets his decision for the latter.

Chuck Hagel, patient and gentlemanly to a fault, calmly refuted Karzai’s bizarre accusations, though to his credit he said that talking to the Taliban might not be such a bad thing in principle: