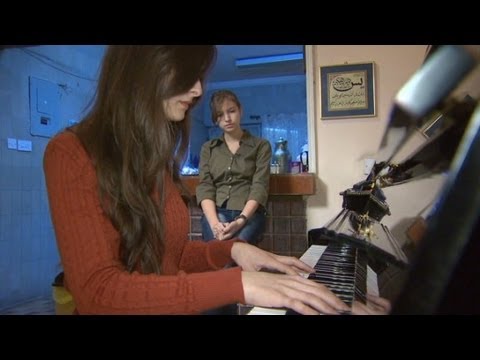 CNN’s Arwa Damon reports from Baghdad on the sense of hopelessness among even upper-class Iraqi teens today.

AFP gives support to Ms. Damon’s findings: a 2011 poll of Iraqi men under 30 found that 89% of them wanted to emigrate from the country.

A more upbeat treatment by the Associated Press turns out to depend on an old 2009 opinion poll, which isn’t exactly good social science. Wasn’t that like 4 years ago? And even then 20% of Iraqi youth wanted to emigrate, which AP thinks is an optimistic sign! (Young women are less likely in Arab society to want to live abroad than young men, and if the 2009 sample included both sexes, that would help account for the difference with the 2011 poll. But also, things just aren’t getting better with regard to the political and security situation and basic services, and two years of more despair will change the poll numbers.)