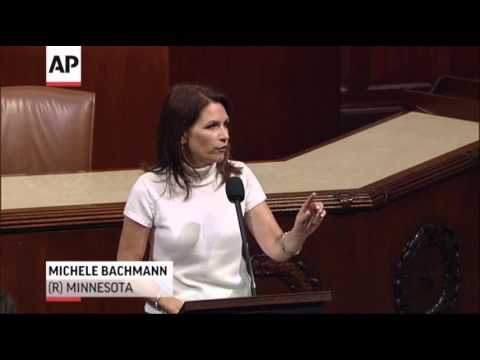 The US House of Representatives narrowly declined on Wednesday to deny funding for National Security Agency collection and storage of millions of Americans’ phone records. The requisition of the records of domestic and foreign calls made by Verizon customers was revealed by The Guardian newspaper’s New York operation .

The NSA Prism program seems to me clearly a violation of the Fourth Amendment, which protects the innocent from unreasonable search & seizure.

A little over half of the Congress violated their oath of office and trashed the fourth amendment.

AP has a video report, including footage of John Conyers and Michele Bachmann.:

By the way, Edward Snowden, who revealed Prism’s existence to our elected representatives (we won’t be telling them everything, boys), was not a government employee and the only thing he violated was a confidentiality agreement with Booz, Allen, a private firm.

So the congressmen and -women who denounced Snowden for having violated some imaginary oath should look in the mirror.