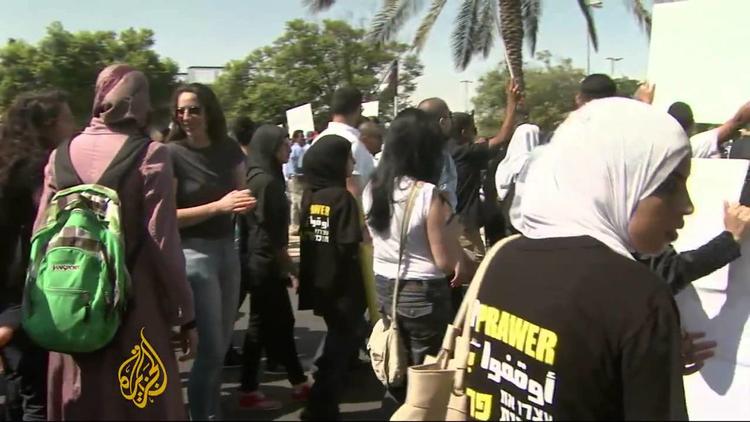 30,000 Palestinian-Israelis of Bedouin heritage are are being forcibly transferred by the Israeli government, and thousands of acres of their land is being stolen from them.

The 972 article compares it to Apartheid South Africa’s District 6, the inspiration for the film, “District 9”

“The echoes of District Six, however, are not isolated in the Naqab. Throughout Israel and Palestine, the state is continuing its process of population transfer to transform the ethnic landscape. Since 1993, at least 11,000 Palestinian Arabs from East Jerusalem had their residency status revoked due to government claims that their “center of life” is no longer in the city (this policy is not applied to Jews). In Jaffa and Akka, gentrification is deliberately employed to pressure Arab residents out of their neighborhoods and bring Jewish residents in their place. The uprooting of Palestinians in the South Hebron Hills, Jordan Valley and the rest of Area C aims to clear the land for Jewish settlements across the Occupied West Bank.

These racial policies are increasingly being consolidated into Israel’s legislation. In alarming resonance of South Africa’s “Group Areas Act”, the Admissions Committees Law (2011) allows communities in Israel to reject housing applicants based on “social suitability” and the “social and cultural fabric” of the town – implicitly sanctioning discrimination based on ethnicity, religion, and other such criteria to preserve communal segregation. Meanwhile, members of the current Knesset are proposing various drafts of a “Jewish identity bill,” which aim to reserve the right of self-determination exclusively to Jews, with some versions explicitly ordering the Israeli courts to prioritize the “Jewish” nature of the state over democratic principles in their decisions. Such legislation not only seeks to erase the national identity and history of the Palestinian people, but will make it even harder for Arabs on both sides of the Green Line to defend their homes before the courts, which have continually failed to protect their basic rights from Israel’s actions.”