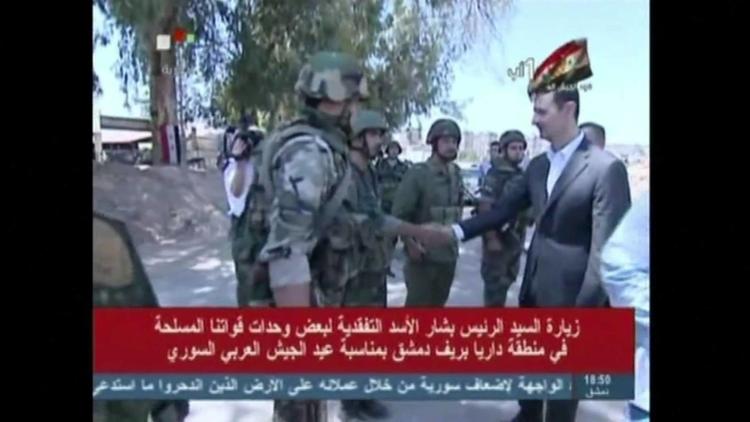 The Syrian military has taken an important Homs neighborhood that had been in the hands of the rebels for over a year, as part of its counter-offensive in the strategic center of the country. With the help of the Lebanese militia, Hizbullah, it recently took al-Qusayr, a town near Homs. And now it is taking more of Homs itself, though at the cost of destroying the taken neighborhoods. The capital of Damascus is in the south of the country and is supplied from the port of Latakia in the northwest. The supply routes go through Homs. The rebels had also been using al-Qusayr and Homs as depots for smuggled arms and other goods coming from Lebanon.

The importance of the small advances of the Syrian army in recent weeks, however, shouldn’t be exaggerated.

The Pan-Arab London daily Al-Sharq al-Awsat [The Middle East] reported on Aug. 1, according to the USG Open Source Center:

‘Syrian government forces have recently won a series of battles against the rebel groups fighting to topple Assad in the city of Homs, around the capital of Damascus, and along the Lebanese border, a key supply line for rebel forces.

However, analysts say that despite its recent successes, and its ability to deploy heavy weapons and air power, the Syrian government lacks the resources to re-take control of the whole country, making an outright military victory for either side unlikely in the near future.

Additionally, Syrian government forces have required external assistance from Hezbollah fighters from neighboring Lebanon for some operations along the border, as well as receiving weapons and expertise from Iran, Syria’s only regional ally.

A recent report from the Institute for the Study of War, a Washington DC-based think-tank, issued earlier this month, said: “Assad’s forces are too limited to conduct decisive operations in multiple fronts simultaneously, and once they move on from one location, they risk losing it again.” ‘

(The PBS report is really worth watching)