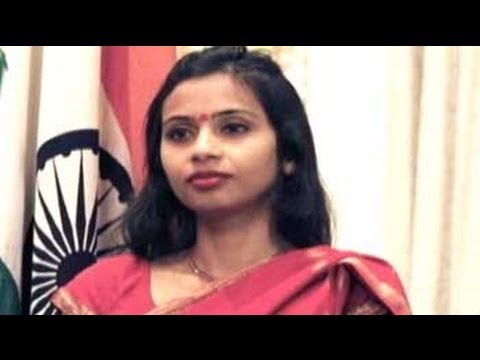 The militarization of American police and humiliating practices of routine strip and cavity searches are the real culprits in the current diplomatic dispute between the United States and India. Police not only arrested the Indian deputy consul, Devyani Khobragade, who claims diplomatic immunity, on a minor visa and domestic labor charge, they put her in the general prison population and subjected her to a strip search.

Americans think of themselves as brave rugged individualists who enjoy the liberties of an Enlightenment constitution. In fact, they most often are timid and cowed in the face of the world’s most powerful government, which increasingly acts like a medieval tyrant. Americans don’t seem outraged that the government is spying on them. The government has put 6 million Americans either in prison or under correctional supervision, and has the highest per capita rate of incarceration in the world– more than Cuba, nearly twice that of Russia, and more than 4 times that of Communist China! Only 8 percent of inmates in Federal penitentiaries are there for violent crimes. In many states, former prisoners are stripped of the right to vote. These extreme penal practices of course primarily target minorities and function as a racial control mechanism. (Famously, penalties in the US for using cocaine powder, a favorite in the white suburbs, are much less than for crack cocaine, mostly used by poor minorities.)

Not only does the US have an enormous number of people in jail but they subject arrestees (people not convicted of a crime) to routine strip and cavity searches. Women are often forced to be naked in front of the other inmates and to spread their labia for a policewoman.

These practices have been challenged. The ninth district federal appeals court in California decades ago found LAPD routine body cavity searches unconstitutional. But last year, our Supreme Court– the same one that thinks corporations are people, that doesn’t think big money campaign donors should have to identify themselves, and thinks it is all right for traditionally discriminatory states to pass voter suppression laws against minorities– weighed in. It found constitutional routine strip searches even in minor traffic violations cases. A guy got a ticket. He paid it off, but it mistakenly stayed on his record. He bought a new house and went out with family to celebrate. He got stopped by police, who ran his registration and found the ticket. They handcuffed him in front of his family and hauled him off to six days in jail during which he was subjected to cavity searches. John Roberts thinks the whole thing perfectly reasonable. (The individual in question is an African-American).

So the strip search to which the deputy Indian consul in New York was subjected was just business as usual in the United States. She is not accused of carrying a weapon or being violent, but rather of underpaying her hired help. That charge is not frivolous, but it wouldn’t obviously call for a search in her internal organs.

While police in India sometimes mistreat prisoners, they are behaving illegally when they do so. To have the official policy be to humiliate people routinely is outrageous to people outside the United States, especially where it concerns a woman diplomat who functions as a symbol of the nation. Khobragade’s father said, “It is not Devyani’s insult, but of the nation as she is representing the country. Devyani has been made a target, a scapegoat…. It is the outcome of tussle going on between the Ministry of External Affairs and US State department for the last two years…”

German Chancellor Angela Merkel accused Barack Obama of running a STASI domestic spying operation via the NSA. (The STASI were the feared East German domestic surveillance organization, which kept files on most citizens and encouraged their neighbors to inform on them). Indian crowds are protesting over having their diplomat strip-searched. The spectacle of the humiliation of once-free Americans by an increasingly tyrannical incipient police state is causing other democracies to cringe in disgust.

On the other hand, some measures taken by the Indian government in protest have been childish. It removed the barriers in front of the US embassy in New Delhi that prevent suicide car bombers from getting close to the building. It is one thing to tell people to drop dead, it is another to arrange for them to do so. India is a postcolonial rising global power, and the combination of growing pride and confidence and memory of being kept down for two centuries by supercilious Western white Christian colonialists can sometimes make it prickly. Most countries would just have expelled a US diplomat in retaliation, not put up a sign on the US embassy saying “al-Qaeda welcome here.”