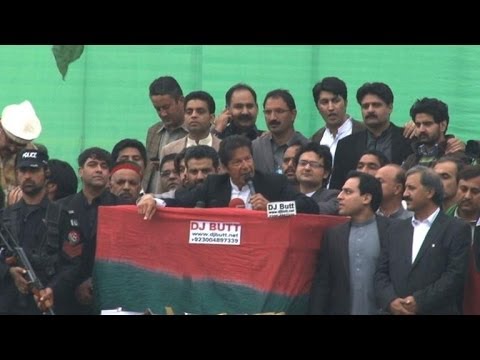 An unprecedented attempt to discover if British officials are complicit in the CIA drone campaign in Pakistan reached the Court of Appeal this week.

The case is brought by Noor Khan, a Pakistani tribesman whose father was among over 40 civilians killed in a March 2011 drone strike.

Khan’s lawyers are attempting to get English courts to examine whether UK officials at GCHQ share information about targets in Pakistan with the CIA, and whether this could therefore make British spies complicit in murder or war crimes.

The case has been brought against the Foreign Secretary, William Hague, who is responsible for GCHQ.

The British government has consistently refused to confirm or deny whether it does share such intelligence.

The criminality of agents of the United States is a matter for their law or Pakistan’s.’ – Martin Chamberlain

Khan is represented by Leigh Day & Co and the case is backed by legal charity Reprieve. In March 2012 Khan launched judicial review proceedings, but after a two-day hearing in October 2012, High Court judges refused to order such a review.

At that stage, Lord Justice Moses ruled that the aim of the case was actually to try to stop US drone strikes. He said: ‘The claimant cannot demonstrate that his application will avoid, during the course of the hearing and in the judgment, giving a clear impression that it is the United States’ conduct in North Waziristan which is also on trial.’

f the court was forced to consider whether US drone strikes were legal it could ’imperil relations’ between the US and UK, Moses ruled.

But this week Khan’s lawyers argued against this decision before three senior judges in the Court of Appeal.

They argued they were not seeking to show ‘the actions of the United States or its agents are criminal’, adding that those who launch the strikes on Pakistan are beyond the jurisdiction of English courts. Khan’s barrister Martin Chamberlain QC said: ‘The criminality of agents of the United States is a matter for their law or Pakistan’s.’

Chamberlain told the Court of Appeal that allowing the judicial review to proceed would not damage UK-US relations. A week before the High Court case, the government lodged an application to stop Khan’s claim being heard as it is ‘injurious to public interest’, using a document called a public interest immunity (PII) certificate. Before the case could continue, there would have to be a fresh hearing in which a court would appoint special advocates, hearing arguments for and against the application in secret.

Related story: GCHQ intel sharing for drone strikes may be ‘accessory to murder’

Chamberlain added that at present the facts around the UK involvement in US drone strikes, and US drone strikes themselves are not clear. But he argued that the fact that the government, in the form of the Foreign Secretary William Hague who is responsible for GCHQ, has lodged a PII suggests there are things Hague knows ‘that he does not wish to disclose’.

Barristers for Hague argued that if the case was to go ahead the court would be unable to avoid ‘examining the conduct and action’ of the US. This would ‘cut a swathe’ through UK intelligence-sharing with the US.

Kat Craig, legal director of Reprieve, said: ‘Drones that killed Noor Khan’s father – and have killed hundreds more civilians in Pakistan – are the US’ weapon of choice in their illegal “war on terror”. The UK government is wilfully refusing to reveal whether and how they facilitate this secret war. Fear that our friends in the US will be annoyed is nothing like an acceptable excuse for continuing to keep these details under wraps.’

The judgment will be handed down at a future date.

Thousands Rally against US Drone Strikes in Pakistan (AFP) :