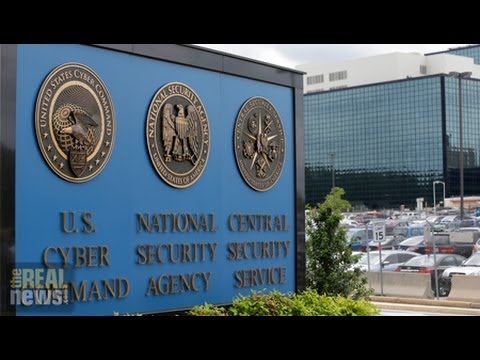 A powerful church that has betrayed its founding principles. A secretive priesthood that knows all your sins. An empire that anoints princes. But one priest’s complaint provokes a backlash, and the empire crumbles.

The parallels between the two men — and the two systems — are striking. The Catholic Church in the Middle Ages preached Christ’s teachings of brotherly love, chastity, and poverty, all the while engaging in war crimes, torture, and a grisly Inquisition. Popes with bastards? Drunken debauchery in Rome? Rapine and plunder in the name of Christ? What a joke!

But nowhere near as funny as the good ol’ US of A. Written by a pantheon of now-divine Founding Fathers, whose words are quoted as scripture, our holy document has Ten Commandments, too — whoops, I mean Ten Amendments — none of which we show the slightest interest in following. America has become a laughingstock. Freedom? What freedom? Honestly, you couldn’t write a funnier satire if you tried (and believe me, I have). The land of the free and the home of the brave is now a totalitarian dictatorship run by the secret police. Oh, and with a sugar coating of democracy for appearances’ sake.

We’ve even got our own version of the Inquisition, and it’s been going on for decades. The Catholic Church pursued, harassed, tortured, and murdered heretics — thought criminals who dared to think different. The CIA pursues, harasses, tortures, and murders heretics — thought criminals who dare to think different. How many hundreds of thousands of people have died of “accidents” or “heart attacks” merely for supporting, say, trade unionism in Latin America? How many millions were purged in Indonesia because they believed in the Communist Heresy? How many dissidents and activists are being murdered right now, today, inside our borders, in plausibly deniable ways?

Likewise, the Church had a global spying apparatus. It was called the confessional, and it was mandatory to confess your sins at least once a year. Since society believed that an all-seeing God watched their every move — and would damn them to eternal hellfire if a priest excommunicated them — the secretive priesthood had dirt on everyone. This gave them untold political power.

Hmmm… any of this sounding familiar?

Unable to stomach the hypocrisy, and the grave threat to mens’ souls, he stood up, alone, unaided at first, and said, “This has got to stop.”

Edward Snowden became a secret high-tech priest because he believed in the freedoms enshrined in our Constitution. But he saw from the inside the horror of what America had become. Unable to stomach the hypocrisy, and the grave threat to mens’ souls, he stood up, alone, unaided at first, and said, “This has got to stop.”

Martin Luther seized on the recently-invented printing press to spread his ideas and force a schism between Rome and half of Europe. In so doing, he ended the global spying apparatus, destroyed the secretive priesthood, and drastically weakened the Pope’s power. In so doing, he led us from a total surveillance state into a world in which privacy could exist for the first time.

Snowden, aided by Glenn Greenwald, has also seized on a recently invented communication platform — blogging, the internet — to spread his ideas, and force a schism between Washington and the rest of the world.

But here the similarities end. Even if he succeeds, even if the NSA were shut down tomorrow — a highly unlikely possibility — the technology will continue to exist. Pandora’s Box is open.

With the advent of cheap, ubiquitous spying, we are entering a new Dark Age, in which we must assume that everything we do, everything we say, every sin we commit is being recorded — only not by a benevolent God who will forgive us our sins, but by power-hungry secret “priests” at the NSA and other security agencies, who judge us and condemn us in secret.

Can we hope for a Reformation? Or will the Inquisition pursue heretics with even greater vigor, dooming anyone who objects to harassment, poverty, torture, and death?

Former Lonely Planet author J.M. Porup now writes satire. His piss-take of the NSA — the United States of Air, available wherever ebooks are sold — resulted in him being put under surveillance and subject to digital harassment. He now lives in Uruguay, where he eats a low-cholesterol diet, gets plenty of exercise, and looks both ways before crossing the street.

The Real News has a video interview with Ray McGovern on the unconstitutionality of NSA mass surveillance: