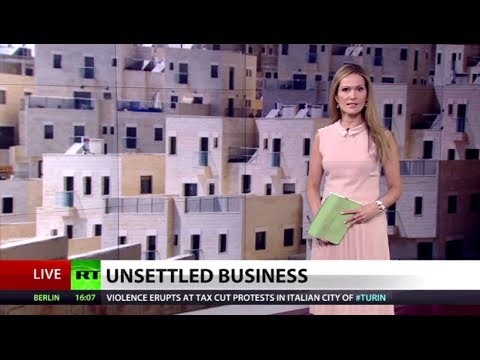 First, the European Union decided last summer to exclude Israeli Occupation institutions from Israel-EU cooperation initiatives. That is, Israeli institutions are routinely invited to European scientific conferences and projects as though they were members of the EU, but those based in the Palestinian West Bank are no longer welcome. Nor will the EU give them grants. The move was dangerous for the Israeli Right wing’s project of colonizing and annexing the Palestinian West Bank (home to 2.5 million Palestinians), because many Israeli companies, universities and other institutions are developing West Bank wings, so that the boycott could blow back on the enterprises in Israel proper.

Israeli firms operating in the West Bank had been exporting $12 billion a year to Europe, a sum beginning to be in peril.

Then EU member nations began acting on it. The British government has issued an alert to UK companies saying, “EU citizens and businesses should also be aware of the potential reputational implications involved in economic and financial activities in settlements, as well as possible abuses of the rights of individuals.” I think the point of mentioning abuses of the rights of individuals (a daily practice of the Israeli occupying authorities) is that European companies might be exposing themselves to lawsuits or penalties in the terms of European Union law.

“Financial transactions, investments, purchases, procurements as well as other economic activities (including in services like tourism) in Israeli settlements or benefiting Israeli settlements, entail legal and economic risks stemming from the fact that the Israeli settlements, according to international law, are built on occupied land and are not recognized as a legitimate part of Israel’s territory . . . This may result in disputed titles to the land, water, mineral or other natural resources which might be the subject of purchase or investment.”

My guess is that this warning is coming under the influence of Nick Clegg, the Liberal Democrat deputy prime minister. But it is also just reflecting a growing European consensus.

Then Vitens, the Dutch water supply company, cut off ties with its former partner, the Mekorot Israeli water company. Netherlands journalists have reported that Mekorot delivers water to Israeli colonies on Palestinian land in the West Bank, but denies water access to the villages of the Palestinian natives. Israel is in contravention of its 1995 Oslo 2 agreement with Palestine, which limits how much water Israel can extract from the West Bank. In fact, Tel Aviv gulps down far more Palestinian water than allowed.

Vitens is not the first European company abruptly to cease cooperation with Israeli firms doing business in the Occupied West Bank.

A few days before, Lilianne Ploumen, the Netherlands Minister of Trade, all of a sudden cancelled a consultation with Mekorot in Israel. Vitens said that the Dutch foreign ministry and other ‘concerned parties’ had advised the step.

This trickle of European boycotts of Israeli firms in the West Bank or firms with major West Bank branches could become a flood, with significant economic implications for the Israeli colonization project.

Likewise, the United Church of Canada has announced a boycott of goods made by Israeli firms on the West Bank.