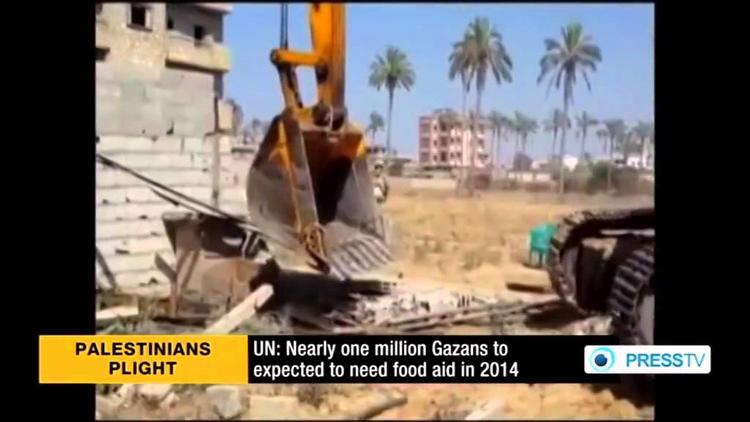 PressTv reports, “The UN says nearly a million Palestinians are expected to need food aid in the Gaza Strip next year”

“About 800-thousand Palestinian refugees are currently receiving food aid from the U-N Relief and Works Agency– UNRWA– but the organization expects a 10 to 20 percent rise in demand in 2014. The U-N’s Gaza director of operations says the main reason for the increase is Egypt’s closure of Gaza tunnels– a measure which has deprived thousands of Palestinians of basic goods, halted construction projects, and led to job losses. The tunnels were the only lifeline for Palestinians in the Gaza Strip. The coastal enclave has been under the Israeli regime’s blockade since 2007.”

[The Israel Occupation authorities block Palestinians from exporting most of what they make or grow from the Gaza Strip as a policy of collective punishment of the civilian population, half of which consists of children.] 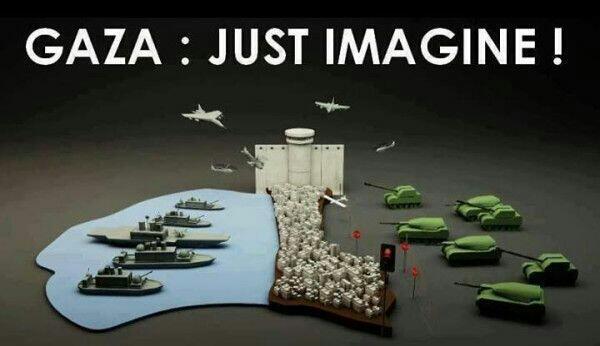 AFP reported a few weeks ago:

of the Palestinian enclave, UN officials said Thursday. “After 12 months the initial hopes for a significant improvement…