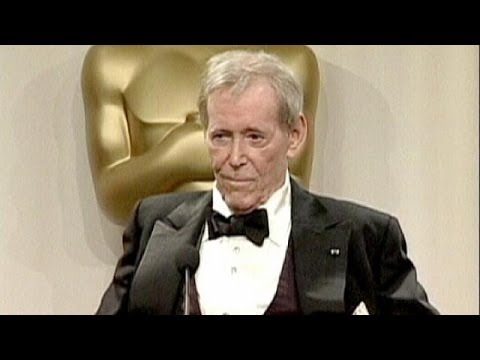 The late Peter O’Toole played T.E. Lawrence in David Lean’s 1963 “Lawrence of Arabia” with genius and abandon. All of us in my generation who went into Middle East studies were influenced by that film one way or another.

Only later did it gradually become apparent to many of us how flawed the film was as history and as culture. Steve Caton has a great book about the making of the film, situating it in the new international cinema of the 1960s. Producers began realizing that films with international themes could do good box office overseas, adding to the profit margin. (This consideration has only grown over time, so that films are now crafted that will do well in the Japanese and Chinese markets). Also, with the rise of air travel tourism, film-makers could no longer pass off Burbank sets as a foreign setting. It became important to shoot abroad. Interestingly, Hollywood’s tradition of showing yellow big-dune deserts made Lean despair of the Jordanian desert being accepted by audiences. (In fact, no one lives in yellow deserts, whereas areas like the eastern desert in Jordan have enough brush and other flora to support pastoral nomads; Lean thought it was brown and not cinematic enough. It is a good metaphor for how Hollywood sometimes prized the ersatz but gaudy over the gritty but authentic).

Sharif Hussein of Mecca and his sons Faisal and Abdullah led a revolt against the Ottoman Empire during World War I. The empire had become more centralized under the Young Turks from 1908 and had extended a railroad to Mecca in Arabia, so that Ottoman officials and officers were interfering more in local affairs. As the “sharif” of Mecca, a kind of mayor claiming descent from the Prophet Muhammad, Hussein and his local dynasty had earlier been fairly autonomous from Istanbul. Hussein not only chafed under Ottoman rule, but dreamed of an Arab kingdom encompassing what is now Israel, Palestine, Jordan, Lebanon, Syria, Iraq and Saudi Arabia.

The British, like some airlines, were experts in double booking. When Hussein reached out to them, they were happy to promise him his Arab kingdom (excepting the Christians of Lebanon to the west of Aleppo and Damascus). At the same time, they promised Russia Jerusalem and promised the French Greater Syria, and promised the international Zionist movement a ‘homeland’ in Palestine (as long as it did not inconvenience the nearly one million Palestinians).

Faisal was an educated gentleman, having grown up and been schooled in cosmopolitan Istanbul, but the film makes him a primitive tribesman. In fact, he was elected and served in parliament as the representative for Jiddah in the brief period 1909-1912 when the empire had a democratic phase.

In his later grandiose memoir, The Seven Pillars of Wisdom, Laurence actually talked about setting the revolt in motion as you might start a desert avalanche. And, of course, Lawrence knew that the British were simply using the Meccan forces and their allies to harass the Ottomans in what is now Jordan and Israel/ Palestine, then Syria. He knew that Syria had been given away to the French. The entire enterprise was one of incredible duplicity and bad faith, though to be fair, the promises made to various parties were made by different parts of the British imperial government.

O’Toole understood Lawrence’s delusions of grandeur, playing him as a preening peacock. He understood that Lawrence had been Irish and gay in Oxbridge, no easy burdens to bear, not to mention having been illegitimate in an Evangelical household. He understood that Lawrence seemed to think he could “pass” as Arab, the only way to understand his odd, implausible anecdote about being briefly captured and raped by an Ottoman officer before being released. The idea of T.E. Lawrence being taken by anyone for an Arab beggars all belief. Robert Bolt, brought in to fix the screenplay, saw Lawrence in the Syria campaign as a sadist, who rather liked hurting the Ottomans in revenge for the rape, and O’Toole captured the manic cruelty of that phase.

The film mocked the Arabs for not being a nation even as it hid the perfidy of the British and French and Zionists in conspiring to keep them from becoming one.

Lawrence was depicted as a foreign savior of an adopted people when in fact he was a British spy who, while he did not agree with the Sykes-Picot agreement giving away Syria to the French, hardly resigned in disgust at the prospect.

In real life, Faisal (played by Alec Guiness, who used the same vocal techniques later on for Obi Wan Kenobe) was the hero of the story. He relentlessly pushed the Ottomans, led by Mustafa Kemal Attaturk, out of Syria and claimed it for his own kingdom 1918-1920. The French, after a couple of years, invaded and claimed their prize, leaving Faisal a king without a country. The British, at last a little guilty, set him up instead as the king of Iraq. His dynasty, tainted by its foreign alliance, was overthrown bloodily by angry leftist crowds in 1958. The British, having destabilized Palestine and Syria, went on to leave Iraq with an untenable imperial legacy of Sunni rule over Shiites and Kurds, setting the stage for the current civil war.

O’Toole’s searing performance cannot be faulted, however flawed the politics of the film, and however insidious its Orientalism. He was one of the greats.