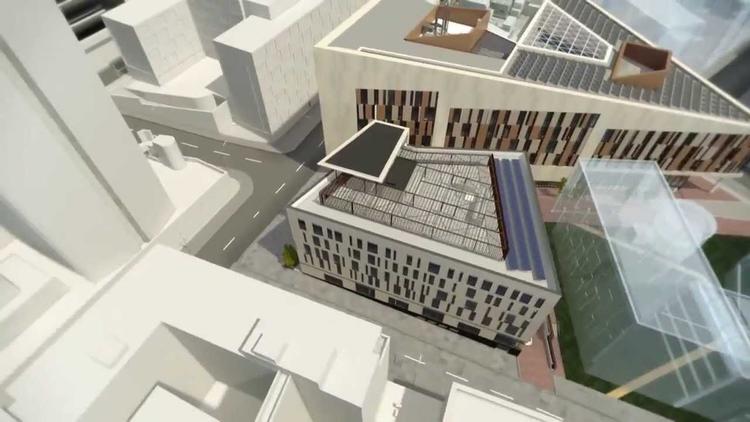 Glasgow is the city of the future, not Phoenix.

Scotland has a population of about 5.3 million, a little more than the US state of Arizona. But the resemblance stops there. Arizona’s state government is backward-looking, roiled by racial politics, contemptuous of higher education, and a climate laggard, dirtying up the atmosphere and causing its state’s own increasing desertification.

Arizona gets 9 percent of its electricity from renewables, despite vast solar potential that completely dwarfs that of Scotland. Almost all Arizona renewable energy is hydroelectric. About 35% of Arizona electricity is from coal, the dirtiest possible source. A similar proportion comes from natural gas, also a big source of carbon dioxide emissions. Arizona has a pitiful plan to be at 15% renewables by 2025, which is the sort of goal that dooms the earth.

About 12% of Scottish power is from hydro-electric, just slightly more than Arizona. The share of Scottish electricity produced by nuclear plants has fallen from 50% to 34%, and the Scottish government has no plans to build new nuclear plants. The Scottish public is on board with the government’s plans. Scots don’t mind dams or solar panels or wind turbines. They deeply dislike nuclear reactors and want nothing to do with hydraulic fracturing.

Scotland is so good at generating electricity that it exports about a quarter of what it generates. This datum suggests that it could just close most of its coal plants tomorrow and still have enough power (which is what it should do), though there may be grid issues with moving quite that quickly. In any case, Scotland, which invented the steam engine in 1780 and kicked off the Anthropocene era of human-caused global warming, won’t have coal plants by 2020.

In contrast, the Conservative government of the UK is committing itself to building nuclear plants and to fracking underground rocks in search of natural gas, a dirty source of C02. The fracking process may well release substantial amounts of methane, making fracked gas as dirty as coal.

Nuclear plants are extremely expensive and take a long time to build, and depend on a fuel that can become depleted, not to mention that the waste is impossible to dispose of safely. In contrast, solar panels have fallen 60% in price in just 18 months, and the price per kilowatt hour of wind turbines is also plummeting. By the time the last new renewable electric power installations are being put in in Scotland in 2020, it will be crazy to use any other source.

If the whole world did what Scotland is doing, an enormous climate change catastrophe could be averted. Scotland is demonstrating that going completely green rapidly enough to keep global warming to a 2 degrees Centigrade increase is entirely possible. It is a matter of political will, not of technology or expense.

Scotland should sue the polluting countries for going on dumping 32 billion metric tons of C02 into the atmosphere annually, as though our air were an elevated sewage drain. Scotland will suffer damages from extreme weather, variable rainfall and fish die-off that comes from climate change, and shouldn’t have to bear that cost since it is among the few virtuous global citizens.