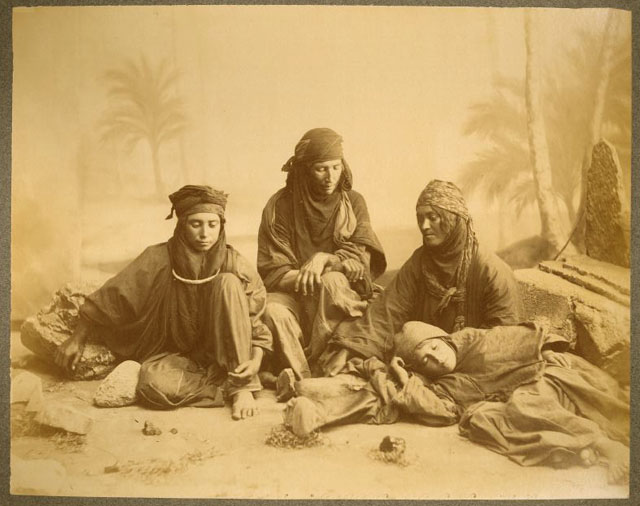 Photo of the Day: Four Syrian Bedouin women in the late 19th century.

Syria in 1900 had a population of a little less than 3 million (not counting what is today Lebanon). My guess is that some 10-20% of the population was at that time pastoral nomads or transhumants, i.e. livestock raisers who moved with their flocks in search of pasturage.