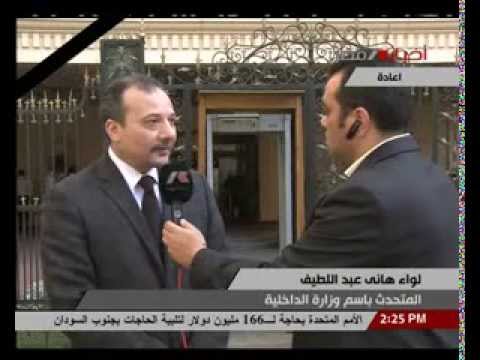 (New York) – The Egyptian government’s designation of the Muslim Brotherhood as a terrorist organization appears to be aimed at expanding the crackdown on peaceful Brotherhood activities and imposing harsh sanctions on its supporters. The government should promptly reverse the decision and stop interfering with the Brotherhood’s health, education, and other peaceful activities.

The government’s designation immediately followed a December 24, 2013 bomb attack on a police station in the Nile Delta city of Mansoura that left 16 people dead and over 130 injured. The government blamed the Muslim Brotherhood for the blast without investigating or providing any evidence. The Brotherhood condemned the blast, calling for “perpetrators of this crime [to] be brought to justice.” The Sinai-based Ansar Bayt al-Maqdis released an online statement claiming responsibility for the attack.

“The government’s decision on the Muslim Brotherhood follows over five months of government efforts to vilify the group,” said Sarah Leah Whitson, Middle East and North Africa director, “By rushing to point the finger at the Brotherhood without investigations or evidence, the government seems motivated solely by its desire to crush a major opposition movement.”

On December 25, Deputy Prime Minister Hossam Eisa read a short statement on state television that officially declared the Muslim Brotherhood a terrorist organization. Eisa listed a series of events that the government claimed the Brotherhood had carried out, from the assassination of then-Prime Minister Mahmoud Nuqrashi over 60 years ago to the torture of opponents during its demonstrations in Raba’a Square after President Mohamed Morsy was ousted in July and the Mansoura bombing. He provided no evidence of their involvement in any of these acts.

The Foreign Ministry spokesman, Badr Abdellaty, was quoted by the Wall Street Journal acknowledging that direct evidence of the Brotherhood’s involvement in the Mansoura blast was not immediately available. The Muslim Brotherhood has renounced violence since the 1970s.

On December 26, a bus bombing in the Cairo suburb of Nasr City injured five people. No claims of responsibility have been made.

The government’s terrorist designation seems intended to end all Muslim Brotherhood activities, Human Rights Watch said. The Interior Ministry spokesman, Hani Abdel Latif, said in a December 26 interview on state television that the terrorist designation enabled the ministry to deal with the Brotherhood under the sections of the Egyptian Penal Code that concern terrorism (articles 86 to 99). He specified that those who participate in demonstrations could face up to five years in prison, while those who lead them risk the death penalty.

The December 25 government statement said that participation, promotion, and funding of Brotherhood activities would also be subject to criminal sanction under the same section of the penal code. Osama Sharabi, former director of the public administration for artistic work, declared on a December 26 television program on Al Hayah Channel that anyone posting a “Raba’a sign,” commemorating people killed when the government dispersed the sit-in in Raba’a Square in August, on the social networking site Facebook will also face criminal charges under the penal code.

Within hours of the government’s announcement, Egyptian authorities intensified their crackdown against the Brotherhood. The official Middle East News Agency reported that police arrested 27 Brotherhood supporters, including three university students, on December 26 in the Nile Delta province of Sharkiya on charges including membership in a terrorist organization. The main evidence the article cited against 16 of the accused was the distribution of anti-army and anti-police pamphlets.

On December 27, the news agency also reported the arrests of 19 Brotherhood members in the adjacent province of Gharbiya for membership in a banned organization. The police department announced on its official Twitter account that it had arrested 75 members of the Brotherhood on December 26 on a range of charges. The Interior Ministry announced that three had been killed and 265 arrested at protests throughout Egypt on December 27, according to the state-run Al Ahram newspaper.

An article in the Egyptian newspaper Al-Masree Al-Youm early on December 28 indicated that the death toll had increased to five and cited a security source as saying that the number of Brotherhood protesters arrested on December 27 had risen to 304.

The Interior Ministry blocked the publication of the Brotherhood-affiliated Freedom and Justice Party’s daily newspaper on December 26, Al-Ahram reported. The police also posted an announcement on its official Facebook page inviting citizens to call a hotline with any information on Brotherhood members or activities.

On December 23, Al-Ahram reported that the Central Bank had frozen the bank accounts of over 1,000 nongovernmental organizations reportedly linked to the Muslim Brotherhood. This announcement so drastically affects health services in Egypt, much of which Brotherhood-linked charities provide, that the Health Ministry announced a “state of emergency” on December 26, Daily News Egypt reported, citing a ministry statement. The official Middle East News Agency reported on December 27 that the Minister of Endowments had decided to take over all mosques belonging to banned organizations, presumably including the Brotherhood, and to replace its preachers. The government has also begun procedures to seize over 140 Brotherhood-affiliated schools and to freeze the assets of over 130 of its senior leaders.

Since Morsy’s ouster in July, the authorities have killed more than 1,000 pro-Muslim Brotherhood protesters; arrested thousands of its supporters, including the majority of its leadership; and engaged in a systematic media campaign to demonize the group. A Cairo court in September found the Brotherhood to be an illegal organization, a decision that was upheld on appeal in November. A case to disband the Freedom and Justice Party will be heard on February 15, 2014.

“The government’s assault on the Brotherhood has gone beyond clamping down on peaceful political activities to curtailing desperately needed health services and schools for ordinary Egyptians,” Whitson said. “There seems to be no end to this wave of oppression.”

As a party to the International Covenant on Civil and Political Rights, Egypt is obligated to uphold the right to freedom of association. The only permissible restrictions on this right are those that “are necessary in a democratic society in the interests of national security or public safety, public order, the protection of public health or morals or the protection of the rights of others.” These exceptions must be based on law, be narrowly framed, and the burden of demonstrating that such action is necessary in a specific case rests with the government. For a government to adopt the extreme measure of banning an organization, it would need to show that it was strictly necessary to achieve a specific and legitimate purpose within one of the enumerated exceptions.

The United Nations special rapporteur on human rights and counterterrorism, in his 2009 report on Egypt, stated, “the definitions of terrorist crimes should be confined exclusively to activities that entail or are directly related to the use of deadly or serious violence against civilians…. The proscription of terrorist organizations, including the application of criminal responsibility of its members, must be made on the basis of factual evidence of activities that are of a genuine terrorist nature as well as of the actual involvement of the individuals concerned.”

If evidence exists that a group or its members are engaged in illegal conduct – such as acts of violence or incitement to violence, it is the government’s responsibility to prosecute them according to the law. Unless there is evidence to prove that criminal acts by members of the organization are a policy of, or planned by, the organization, though, there is no basis to associate the acts of individuals with the organization.

Mirrored from Human Rights Watch in accordance with their Commons License.