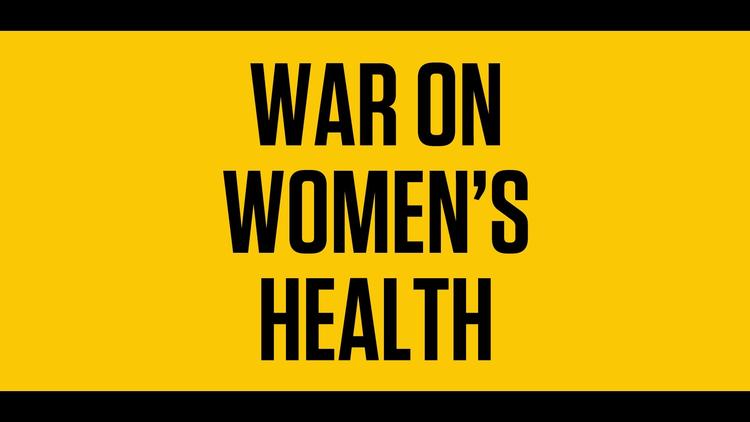 Mike Huckabee objects to the charge that the Republican Party is waging a war on women. The GOP obviously is increasingly a party of angry white men. It suffers from a significant gender gap, which helped elect Barack Obama twice. Huckabee wants to just wish all these realities away. But in the spirit of bipartisan comity, let me just suggest ten ways the Republican Party really could cease waging a war on women and maybe get them back as voters:

1. Stop saying or implying that rape victims don’t deserve the right to abort their pregnancy. Making a woman who doesn’t want to bear her rapist’s child is unconscionable. Some 17,000 rape victims get pregnant every year in the US. The GOP looks like it is on the rapist’s side when it argues that no woman ever has the right to an abortion. GOP candidates are driven to say stupid things about pregnancy from rape being impossible in order to justify this stance, but then they just look heartless and stupid, both.

2. Stop saying that women on the verge of being killed by their pregnancy can’t have an abortion. That is just a form of murder by theology. Religious beliefs of relatively recent historical provenance about life beginning at conception can’t be imposed on the whole of the US by believers. A majority of Americans do not share that theology and the US government can’t establish evangelicalism or Catholicism as a state religion. 14 percent of Americans say they have no religion and 5 percent are not Christians. Only a minority of Americans are Catholics and evangelicals, so even if it weren’t unconstitutional it would be a tyranny of the minority.

3. Stop trying to make abortion de facto illegal. Most young women value their right to control their own bodies; a majority of the American public favors abortion rights, and the Supreme Court found the procedure legal. GOP legislators have managed to make sure no abortion providers exist in a majority of American counties.

4. Stop trying to abolish the Affordable Healthcare Act. Women disproportionately benefit from it. US government statistics show that

“Cost has also been a significant barrier to care for many women. According to one study, in 2010, one third of women spent 10 percent or more of their income on premiums and out of pocket costs. For low income women, that situation is much worse – over half of women who make $11,490 per year or less spend at least $1,149 a year on care. But through the Marketplace 6 out of 10 uninsured individuals can get coverage for $100 or less. ”

5. Stop imposing laws that voters must have government-issued i.d. That measure hurts women above all, since they are disproportionately present among the ranks of the urban poor, students and the elderly who are most disadvantaged by these anti-democratic and often unconstitutional laws.

6. Repeal your cuts to food stamps, since their loss hurts pregnant women and families with children.

7. Stop obstructing attempts to stop catastrophic human-made climate change. Women are the primary victims of severe weather events and climate change in the world. They are a majority of the world’s small farmers, and often have much less mobility than men in the face of natural disasters.

8. Stop trying to weaken the First Amendment separation of religion and state. Religion as interpreted by evangelicals and other conservative Christians is patriarchal and detracts from women’s rights.

9. Stop insisting that wives must submit to their husbands’ will.

10. Stop warmongering. Wars deprive service wives of their husbands for long periods of time if not forever. They endanger mortgages. They create widows both in the US population and among women abroad. Where they leave vets with severe injuries they impose heavy burdens on service wives for the rest of their lives. Wars are extremely expensive and paying for them has created budgetary crises that in turn has led to a pretext for cutting aid to dependent families and other programs that benefit women and their children.