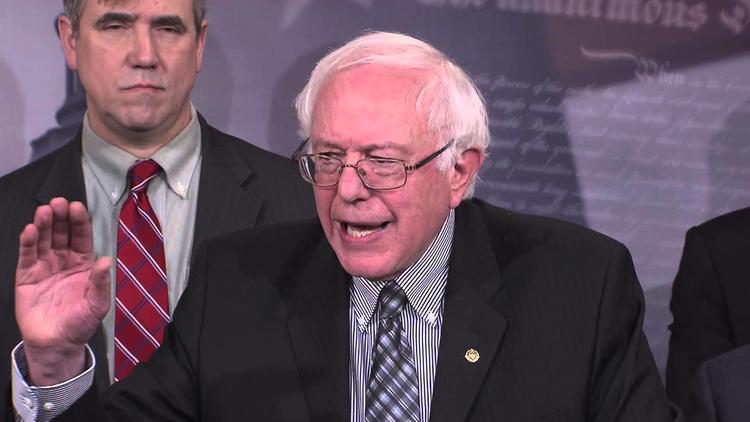 The Republican Party is increasingly emerging as an anti-science party. Since American greatness was built on its science and technology (and not on the odd cult of biblical inerrancy), this development is a danger to the republic, and, indeed, to the world. The US used to be about solving problems, about a can-do spirit, not about denying concrete reality.

First, it was reported that the percentage of Americans who do not believe climate change is happening has risen by 7 points just since April. We are going backwards! Americans also believe that scientists are more divided on the issue than they actually are. In fact, almost all climatologists (99.9%), and indeed almost all scientists in the hard sciences agree that humans dumping 35 billion metric tons of CO2 into the atmosphere annually is causing global climate change. Most dissenters are engineers and the denialist engineers are a small number.

Media hype of the non-existent “pause” in warming may be in part to blame. Some of the supposed “pause” hyped by denialists came from gaps in the measurements in the arctic. Some came from the warming being displaced from land to the seas (hence Typhoon Haiyan in the Philippines). Far too many journalists are scientifically insufficiently literate to treat such claims with the scepticism they deserve. And some journalists, as with many of those at Fox Cable News, are corrupt and willing to misreport for a paycheck if Roger Ailes orders them to.

There is no secret that oil, gas and coal billionaires are pooling millions of a dollars a year to do propaganda to the public to try to convince them that burning fossil fuels is quite all right. If they were proper human beings, they’d get out of that business and invest in wind, solar, wave, and geothermal. But they’re not. They’re greedy and want us to burn through their reserves of fossil fuels. If we do that we could well make the climate unstable for future generations and even threaten human life on earth. You have to be a monster to kill your great grandchildren.

But the American public can only be bamboozled this way because it isn’t very well educated, and certainly not in critical thinking. Critical thinking isn’t encouraged by our elites because their class interest lies in people being malleable sheep and accepting the status quo created by the billionaires. Thus, almost all states have deeply slashed their higher education budgets over the past 30 years, causing state universities to semi-privatize and to raise tuition. The people state universities were intended to serve often can no longer afford them or have to go deeply into debt for an education. It may also be that some populist anti-science feeling derives from the way economic elites have lied to people, making them suspicious of scientists, whom they perceive to be part of the elite. In fact, scientists are almost never allowed by television news to speak publicly on the issue; pundits like George Will are substituted for the climatologists like Michael Mann.

Then there is a finding the increased percentages of Republicans don’t believe in evolution .

And there is the House majority leader John Boehner’s response to the massive West Virginia chemical spill, which left 17% of the state without potable water and the long term impact of which is hard to foresee (did it get into soil so that it will keep seeping back into drinking water?) Boehner resisted any regulations or inspection regimes to deal with it. Since the chemical is used in purifying coal, and since coal is anyway evil and destroying the earth, coal ought to be banned over the next decade. Boehner and his party are dead set against this step.

It is now becoming clear that ancient civilizations regularly collapsed because of past climate change episodes. Though it should be noted that it is 800,000 years since there was as much CO2 in the atmosphere as there now is (humans started dumping it up there on a large scale in 1750 or so with the beginnings of the Industrial Revolution, and never in the whole 4 billion history of the earth has so much been injected into the atmosphere so fast).

Thus, the ancient Egyptian civilization that built the pyramids, the Old Kingdom, likely fell prey to climate change. Likewise, the collapse of the Harappa civilization in what is now Pakistan had to do with climate change. It wasn’t just the heat. A changing climate altered the monsoon rain patterns and aided the spread of leprosy and other infectious diseases, as well as fungi.

Previous episodes of climate change in human history have been relatively minor. If we go on dumping CO2 at this rate, we will reproduce the really big climate change of the Eocene 55-33 million years ago, when there was a third less land mass above water and every place on earth was tropical including the poles and there were 12,000 year long storms. At that time, it was volcanoes that put the extra CO2 in the atmosphere. Now it is human beings burning stuff.

Like the Old Kingdom and Harappa, our civilization could face extreme stress from rapid warming, changed rainfall patterns, and fungi and infectious tropical diseases.

We only have to 2030 to stop the worst consequences of climate change. We have 15 years. We need a Manhattan project, not nickels and dimes. It is a great irony that after 120,000 years of existence, the fate of homo sapiens sapiens may depend on whether it is smart enough as a species to respond to a major climate crisis of its own making in only a decade and a half.

On present evidence, probably not. And if not, this Darwin Award goes to the Grand Old Party.

Sen. Bernie Sanders on the need for Congressional action on climate change: