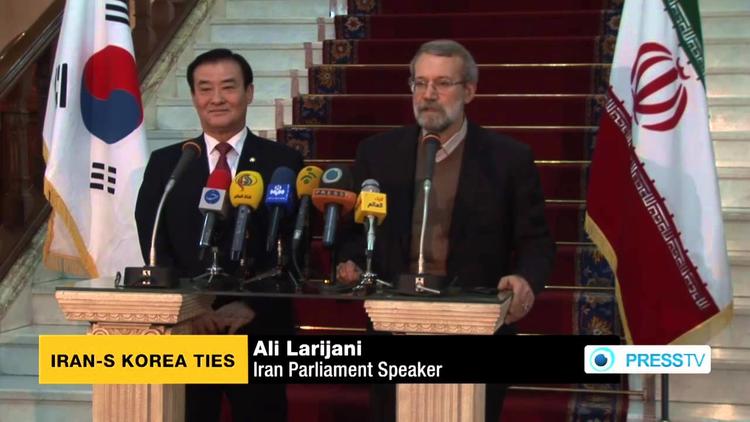 If Iran and the P5+1 succeed in negotiating a robust agreement on the nuclear issue, then Iran will be less preoccupied with rebalancing its relationship with antagonistic western powers and its role in the Middle East and the wider region has scope for developing in many new directions. This could have significant impact on its approach to the conflict in Syria. This briefing looks ahead to a post-agreement environment and assesses where Iran might chose to concentrate its resources. A key question is whether it will work to build better links with the US and selected European states or whether it will be more interested in the BRIC and other states, not least Turkey. Its choice will be influenced strongly by domestic politics and the urgent need for a more stable region.

Following President Rouhani’s success in last August’s election, relations between the United States and Tehran have improved substantially, partly because of the election result but also because the Obama administration has a more positive view of Iran. There is no guarantee that the US election in 2016 will result in an administration sympathetic to further progress. This element of uncertainty will be factored into the policy-making process of the Rouhani administration. Even so, prospects for a negotiated settlement to the nuclear issue are the best they have been for a decade and it follows that if an agreement is concluded this is likely to have a pronounced effect on Iranian foreign policy. This briefing explores this aspect of the politics of the Middle East and analyses the impact of Iran finding itself in a more positive international environment.

The flamboyance and the sometimes inflammatory rhetoric of the Ahmadinejad administration (2005-13) disguised a pragmatic foreign policy that combined a degree of confrontation on the nuclear issue with the enhancing of contacts with many countries across the global south, including left-leaning states in Latin America and numerous states in sub-Saharan Africa. It also sought to maintain reasonable links with Russia and China while limiting links with the West. While acceptable to much of the “Iranian street”, it was at odds with the liking of elements of western culture by young Iranians and the nuclear issue was deeply problematic in terms of the impact of sanctions.

While much is made of their role in bringing Rouhani to power and then to the negotiating table, the reality is rather different. Sanctions were effective, in part, because of the parallel impact of internal economic mismanagement by the Ahmadinejad government. Thus, if the Rouhani government improves the management of the economy then even the modest sanctions relief already promised will combine to enable the government to benefit through early respite from recent economic woes.

One other key factor is that Iran’s standing in the region, including the Arab world, has been damaged by its support for the Assad regime in Syria. Under Ahmadinejad, Iran saw the Assad regime as a strong and necessary ally, especially in combination with the Maliki government in Iraq. But as the war in Syria has worsened, and as the violence in Iraq degenerates towards a civil war, many states blame Iran. Regional powers such as Saudi Arabia and Egypt hold Iran partly responsible for the violent suppression of the Sunni majority in Syria, and states beyond the region believe Iran bears some responsibility not just for that but also for the possible spread of the war to Lebanon.

Rouhani’s victory was singularly impressive in that he gained an absolute majority on the first ballot against four relatively conservative opponents on a 72% poll turnout. While this has given him considerable authority, most power still lies with the Supreme Leader. However, Ayatollah Khamenei has to be aware of the popularity of Rouhani, a matter made more difficult for him by Rouhani’s preference for avoiding a personality cult. While the election gave Rouhani a clear mandate for negotiating with the US, conservative elements are regrouping.

For these elements a particular concern is the election of the Assembly of Experts – the parliamentary upper house, which selects the Supreme Leader – that are due in September this year. Their fear is of a buoyant Rouhani government that will damage conservative prospects still further following last year’s reversals. It appears to be for this reason that they have sought to persuade the Supreme Leader to expand the negotiating team at the Syria peace talks in Geneva to include more hard-line elements and to have a Majlis (parliamentary) oversight body for the whole process. This would be dominated by conservatives. Rouhani’s Deputy Foreign Minister, Seyed Abbas Araqchi, has stated officially that the negotiating group remains accountable to the Supreme National Security Council, not a Majlis body, but there are reports of more members recently being appointed to the group.

What this means is that the Rouhani government will have a strong interest in developing policies that are attractive to the domestic constituency as soon as possible. The emphasis will undoubtedly be on the nuclear issue and getting further sanctions relief which, in combination with better economic management, could ensure palpable improvements in the economy and consequent political popularity. This, though, is not enough and liberalising economic reforms such as removal of subsidies may even exacerbate short-term economic difficulties. It follows that the Rouhani government will be looking closely at ways of increasing Iran’s standing in the region and beyond.

A key aspect of the Iranian outlook is a belief in Persia’s very proud history, one that extends over thousands rather than hundreds of years, and the consequent belief that Iran has not been realising its potential as one of the world’s potential great powers. This view of historic greatness transcends religion, even if Iran sees itself also as the centre of the Shi’a Muslim world. Iran has a population of 80 million, a little less than Egypt at 85 million and Turkey at 81 million. Egypt has formidable internal problems and a weak non-oil-based economy; Turkey is far stronger in terms of economy, even if it, too, lacks significant fossil fuel reserves. Since its 2013 counter-revolution, Egypt is also increasingly reliant on Saudi Arabia, Iran’s greatest rival for influence in the Gulf and wider Middle East.

Iran has all the problems of a near-moribund economy but has remarkable potential for development given that it has close to 10% of world oil reserves and 15% of gas reserves. The latter is largely shared with Qatar because of the huge reserves under the Gulf. There have so far been few problems of delineating boundaries – indeed relations with Qatar remain quite good despite major differences on other issues such as Syria, where Qatar, with Turkey, strongly backs the anti-Assad rebellion.

The issue for Iran relates largely to where it seeks to develop its economic and political alliances. To the immediate east the borders with Afghanistan and Pakistan are hugely significant, especially in the case of Afghanistan where opium and refined heroin smuggling across the border has cost the lives of hundreds of Iranian border guards. Iran has close links with the north-west parts of Afghanistan and has no liking for the Taliban. It is suspicious of Pakistan because of radical Sunni Islamist elements within the state, its long-term support for the Taliban, close security ties to Saudi Arabia and the precarious security predicament of the Pakistani Shi’a community, but still seeks to improve relations, not least through exporting gas. The originally planned Iran-Pakistan-India pipeline is going ahead as far as Pakistan. Iran will further increase its links with Afghanistan, where it has greatly increased aid in recent years, especially to projects in the north-west of the country.

India and China are both significant importers of Iranian oil and gas and China has been particularly useful to Iran in two respects. One has been long-term investment in the development of new oil and gas fields, and it remains much appreciated that China persisted with this when relations with the US were at their lowest. The other has been China’s supply of carefully selected weapons, especially shore-based anti-ship cruise missiles. Iran will maintain close links with China, but will not eschew improved relations with India, seeing it as a useful counter-balance to Pakistan.

The links with southern and eastern Asia will remain highly significant in terms of Iranian foreign policy but it is already clear that a priority will be to improve relations with neighbouring Turkey, already demonstrated by the meeting between Foreign Ministers Mohammad Javad Zarif and Ahmet Davutoglu in Tehran last November. In spite of considerable differences over Syria, the countries have good relations in other respects, and Turkey’s past role in trying to defuse the nuclear issue remains appreciated. Trade relations between Iran and Turkey have expanded greatly in the past decade.

It is highly likely that Iran will seek a much closer relationship with Turkey, seeing the two countries together comprising an axis of influence linking Europe and Asia. The Turkish attitude to this is likely to be very positive, seeing it as a useful factor in increasing Turkey’s significance for the European Union. This does mean that the Rouhani government has an added interest in seeing a scaling down of the Syrian War. It is probable that a Turkey/Iran connection is more important to Tehran than the much vaunted Lebanon/Syria/Iraq/Iran “Shi’a crescent”.

The rivalry with Saudi Arabia remains pervasive and is a crucial proxy element in the Syrian conflict but Rouhani’s personal links with Saudi diplomats in the past, combined with Iran’s need to see the war scaled down, means that even here there may be potential for progress. Further improving relations with the US will be a priority but the Rouhani government recognises the risk of sudden changes in US leadership in less than three years time. This means that European links remain useful but Iran does not look to the west to ensure its standing in the world. Turkey, China and India are more significant and this will remain as long as Rouhani is in power. Of these, Turkey is probably the most important.

Rouhani has barely a year all told to build on the considerable support he gathered last year, and this is against a background of entrenched conservative and theocratic elements that will work hard to limit his capacity. While he will give ground on nuclear issues and may work towards a Syrian settlement, if Iran is allowed to participate in Geneva ll, there is a risk that this can be presented by his opponents as a sign of weakness. Economic progress might blunt this but an additional way forward is to engage in a much more active foreign policy. One consequence of such a shift to the north and east is that Iran may not see Europe as important to its interests to the extent that Europe sees Iran. This is a reflection of more general global changes, bringing its own challenges.

Author: Paul Rogers is Global Security Consultant to Oxford Research Group (ORG) and Professor of Peace Studies at the University of Bradford. His ‘Monthly Global Security Briefings’ are available from our website, where visitors can sign-up to receive them via our newsletter each month. These briefings are circulated free of charge for non-profit use, but please consider making a donation to ORG, if you are able to do so.

Mirrored from The Oxford Research Group