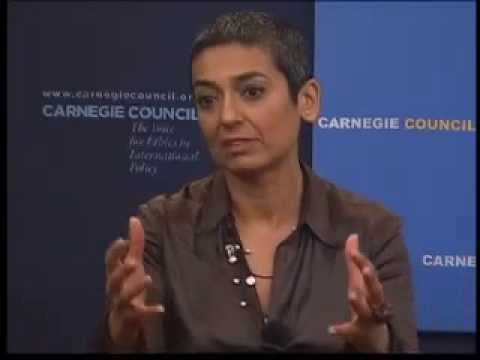 Locals in the northern province of Ninawa are worried that extremists fleeing conflict in Anbar are going to end up back in Mosul, a traditional base for them. As signs that this may well be happening grow, many are singing the praises of one woman who took up arms against the group.

About a week ago gunmen disguised in military uniforms entered Fatima al-Shammariya’s village in the Rabia district, about 100 kilometres west of Mosul. They were searching for her brother, a soldier who was on leave at home.

A Mosul local takes up the story: “She was brave and intelligent and she realized that these so-called military men were driving a civilian car. So she asked the men to hand back her brother, whom they had hand cuffed. When they didn’t respond, Fatima took her Kalashnikov and shot at them. They shot back and she was seriously wounded.”

In the end, the Sunni Muslim extremists, who are believed to be associated with Al Qaeda, left the village, worried that the whole village would turn on them. They also released her brother and locals say they didn’t get a chance to harass any other men in the village either.

Eyewitnesses say al-Shammariya died holding her gun tightly and that it was very hard to remove it from her hands. Since the incident many locals are demanding that the young woman’s bravery be recognised – they suggest a street be named after her or a monument built; many poems have already been written about her.

This kind of sentiment is to be expected in Iraq at the moment where levels of violence are rising and ordinary people fear what extremist groups are doing to their country. This is especially true of Mosul, a city that is well known as one of the Sunni Muslim extremist organisation Al Qaeda’s bases.

As one Facebook post put it: “When Anbar – or Baghdad or Kirkuk – sneezes, then Mosul catches a cold”.

Currently Mosul locals’ concern centres on reactions to operations in Anbar province, where the cities of Ramadi and Fallujah have seen members of extremist groups emerge and then disappear.

“If the military hold is tightened in Anbar the members of Al Qaeda will retreat to this province,” says Abdul Rahim al-Shammari, a member of the provincial council in Mosul and former head of the security committee there.

The area’s geography suggests he is correct. The desert in Anbar, in which extremists hide and set up base camps, stretches all the way to Ninawa province and extremists are known to dominate in southern areas of Ninawa – places like Biaj, Shura, Qayara, Tal Abta and Hadar.

“Any withdrawal of the army from Mosul will see the extremists take control,” local analyst, Wafiq al-Samarrai, told NIQASH. “Because here [unlike in Anbar] there are no tribal forces that are capable of confronting Al Qaeda. The police are powerless here.”

In fact, in many ways the Al Qaeda-affiliate, the Islamic State of Iraq and Syria, or ISIS, has already been making their presence felt in the area. Violence seems to have escalated over the past two weeks and it is becoming commonplace to hear explosions or the sound of gunfire. However it is the situation to Mosul’s south, which is open to the desert, that is most worrying.

For almost a year the Iraqi army’s control over this area has been diminishing. The number of military checkpoints on the road between Mosul and Baghdad has fallen and those manning the ones left behind have tended to withdraw late at night, retreating back to their headquarters in case they become targets. ISIS has also managed to damage an important bridge in the Qwair area, south east of Mosul. Locals would often use this bridge as an alternative route into the city so they could avoid the dangers of travelling on the main road.

These kinds of problems have seen a revival of the campaign to make the province a semi-autonomous region, independent of Baghdad. Sunni Muslim leaders in the province recently met to support the Sunni Muslim governor, Atheel al-Nujaifi’s proposal to submit a request for provincial independence to the Iraqi government in Baghdad.

Whether this goes any further remains to be seen – there are plenty of dissenters to this plan in Ninawa too.

And in another sign of the very real problems that Mosul is facing, local taxi drivers have decided to stop carrying military personnel. They use special code words to describe military passengers and often reject their fares; they only want civilians as passengers now.

“Two days ago an armed group stopped us on the road and checked our passengers to see if they might be soldiers or policemen or if they were wearing military uniforms,” the cabbie, who wanted to be known only as Abdullah, said. “We were shaking with fear,” he admitted. “I swear to God that Fatima al-Shammariya was more courageous than many men.”