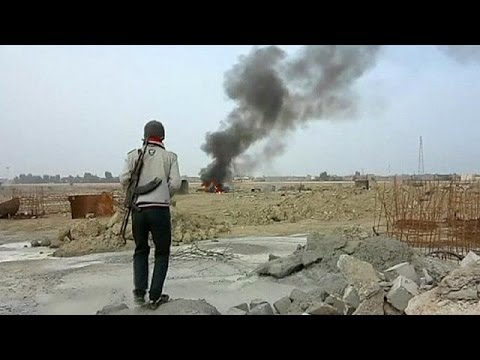 The attempt launched earlier this week by the Islamic State of Iraq and Syria (ISIS or ISIL) to take and hold city quarters in Falluja, Ramadi and Khalidiya in al-Anbar province has provoked an enormous political crisis in Iraq. The insurgents and supporters chased police and soldiers away from their stations, burned police stations and freed prisoners from jail in al-Anbar cities. ISIS years ago announced itself an affiliate of al-Qaeda, though the designation is largely symbolic, since the organization clearly does not take orders from Ayman al-Zawahiri, the al-Qaeda leader probably hiding out in Pakistan.

While the old Islamic State of Iraq was powerful in some areas at some times, it was a guerrilla organization that faded away when conventional troops came at it. ISIS had not actually held any part of Iraq on a day to day basis. It is likely that the idea of taking over al-Anbar cities was inspired by the ISIS operation in northern Syria, where it has taken territory away from the Baath government. ISIS fights for Sunni extremism on both sides of the border. 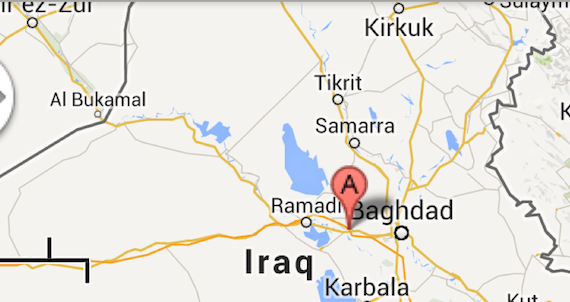 In the aftermath, some Sunni tribesman attacked Iraqi troops, and some of them may have thrown in with ISIS. Popular anger chased many police from their stations, leaving the cities open to occupation by the insurgents. By Thursday ISIS had taken over big swathes of some al-Anbar cities and its guerrillas had taken over the empty police stations. Allegedly half of Falluja had fallen to the al-Qaeda affiliate.

On Thursday, the Shiite government of Prime Minister Nouri al-Maliki conducted negotiations with Ahmad Abu Risha and his anti-al-Qaeda tribesmen (the Dulaim). By late Thursday, a deal had been struck, and Sunni tribal forces agreed to fight the ISIS units alongside Iraqi police and army.

On Friday, Iraqi troops and police launched a joint operation in Ramadi and Khalidiya to its south with Abu Risha’s tribal levies, pushing back ISIS in those cities. Abu Risha estimated that 60 ISIS fighters were killed during the operation and that ISIS leader Abu Abdel Rahman al-Baghdadi was among the dead. He said 46 were killed in Ramadi and 16 in nearby Khalidiya. He maintained that 80 percent of al-Anbar had been cleared of ISIS by late Friday.

A spokesman for Grand Ayatollah Ali Sistani, the Shiite clerical leader followed by most Iraqis of that branch of Islam, praised Abu Risha’s tribesmen for fighting alongside government troops against the al-Qaeda affiliate. He also seems to me to have implicitly criticized al-Maliki’s recent actions, saying that no one’s constitutional rights should be infringed because of the person’s sectarian allegiance. He also said the 2014 parliamentary elections offered hope to the country and demanded that voters be provided the security they needed to vote their consciences freely and without undue pressure.

Abu Risha called his campaign tribal “revenge” on al-Baghdadi. The Dulaim tribe of al-Anbar was first organized to fight al-Qaeda in western and northern Iraq by American generals, including David Petraeus, as “Awakening Councils” or “Sons of Iraq.” Al-Maliki never liked this project, seeing the Awakening Councils as Sunni militias that might easily turn on his government. But it appears that he suddenly rethought this position on Thursday. He likely promised Abu Risha substantial resources. There had been 100,000 Sunni fighters in the old Awakening Councils, but after the US withdrew it was alleged that only about 17,000 got government jobs and many of the others complained that they were left defenseless, without arms or funds from the government, and liable to reprisals from al-Qaeda.

Al-Arabiya is reporting that fighting also took place, with casualties in Falluja.

Iraqi military officers announced that they saw signs of ISIS reinforcements being assembled in Falluja and elsewhere, and said that the al-Qaeda affiliate still controlled parts of al-Anbar cities.

Heavy fighting was reported in east Falluja between tribal levies and ISIS, which continued to have a position in some neighborhoods.

The ability of ISIS to take over government buildings and police stations suggests a serious deterioration of capacity on the part of al-Maliki’s police and army in the Sunni regions west of Baghdad. That his government needed the help of Abu Risha’s Dulaim tribesmen suggests that his largely Shiite troops had been ineffective in this area.

Blame needs to be apportioned to ISIS, which is a horrible terrorist group full of hatred and intent on oppression of people, for its overweening ambition. Iraq is not Syria, that territory can be liberated in the medium to long term from government control.

But some of the blame attaches to al-Maliki, who helped provoke this uprising by driving so many al-Anbar Sunnis into the arms of ISIS by his brutal crackdown and his policy of almost completely ignoring Sunni complaints. Al-Maliki needs to decide if he is prime minister of Iraq or prime minister of the Shiite South. If he is the head of state for the whole country, he needs to find a way to make the Sunnis his constituency, as well. That quest is impeded by his being head of the Shiite fundamentalist Islamic Mission Party (al-Da`wa), which is unlikely to get many Sunni votes. Iraq needs a bigger, cross-sectarian framework for its politics if it is to avoid Syria’s fate.

Euronews reports on the al-Anbar campaign: