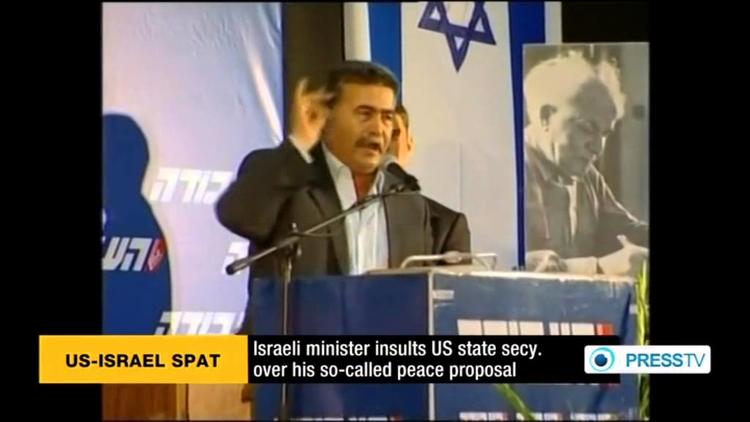 US slams Israeli defense minister attack on Kerry (via AFP)

The official made the highly unusual demand…

“The Palestinian threat harbours cancer-like attributes that have to be severed. There are all kinds of solutions to cancer. Some say it’s necessary to amputate organs but at the moment I am applying chemotherapy” (August 2002).

“We have to confront the Iranian revolution immediately. There is no way to stabilize the Middle East today without defeating the Iranian regime. The Iranian nuclear program must be stopped . . . We have to consider killing Ahmadinejad. All options must be considered” (January 2008).