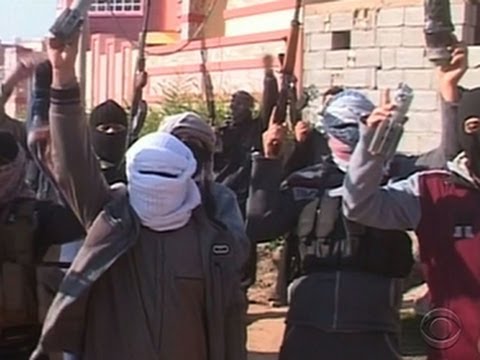 We’ve been treated to a rash of articles about how US veterans of the Fallujah campaigns of 2004 are upset about the return of al-Qaeda to that city and the now dominant position of the extremists. Despite my respect for US soldiers who risked their lives, these veterans are making a political argument and I have to point out that it misunderstands what really happened in 2004.

It was being alleged at the time that Fallujah had become the center of the network of Abu Musab al-Zarqawi, who affiliated with al-Qaeda. It was being alleged by US generals that 80% of attacks in Iraq were being carried out by Zarqawi. All of these notions were nonsense. After Fallujah was reduced in late 2004, the Sunni insurgency did not skip a beat, and bombings in Baghdad continued. Likewise when Zarqawi himself was killed in 2006, violence did not subside; if anything, that year it got worse. There were 50 major insurgent cells in the Sunni Arab region, and Fallujah was only one site out of many for them.

George W. Bush was alleged by US reporters to have had a grudge against Fallujah because 4 contractors were brutally killed there by a mob in spring of 2004. “Heads must roll,” he said according to one reporter.

In November of 2004, Bush ordered the invasion of Fallujah. It was a brutal invasion that left much of the city in rubble, something Bush administration flacks attempted to cover up at the time.

But was was important was the outcome of the campaign. It was opposed by the Sunni Arabs of center-north Iraq in general. As it proceeded, more and more of them demonstrated against American rule.

As a result, the whole Sunni Arab area cut off ties with the US. In Mosul, Gen. David Petraeus had established good relations with the local elite of Iraq’s 3rd city, which is about the size of Houston. Some 4,000 Mosulis, mainly Sunni Arabs but with some Kurds, had joined a new police force there.

After the Fallujah campaign, all 4000 resigned. Some showed back up in ski masks manning checkpoints for the insurgency.

In Ramadi, Khalediya, Samarra and other Sunni Arab-majority cities, local elites broke with the Americans and their young men joined the guerrillas.

Fallujah for the Sunni Arabs of Iraq was an Alamo, a symbol around which to rally, and a generator of hatred for the foreigners.

Then the Sunni Arab elites announced that they would boycott the parliamentary elections scheduled for the end of January, 2005. Paul Bremer, the American viceroy of Iraq and the UN team had set up a proportional system for the elections that was nationwide. Thus, if throughout the country a party got 10 percent of the vote, they’d get 10% of the seats in parliament. This system is more like a US presidential election than like a congressional one. There were no districts.

That was a problem. With district-based elections, even if there is low turnout, somebody will win and the district will be represented. But in the American-sponsored first Iraqi parliamentary election, it was possible that a group might have no representatives at all if they did not come out to vote.

I was very alarmed by the Fallujah campaign and the alienation of the Sunni Arabs from the voting process. I wrote an op-ed for the Detroit News late in 2004 in which I argued that there should be a one-time set-aside of seats for the Sunnis, in case they ended up not being represented in the legislature.

And here was another problem: Grand Ayatollah Ali Sistani had imposed on the Bush administration the principle that the Iraqi constitution would be drafted by elected representatives of the iraqi people. That parliament was also a constituent assembly.

If the Sunni Arabs boycotted the vote and ended up poorly represented in parliament, they would have very little say on the shape of the constitution.

In turn, their lack of input into the constitution might cause them to reject it. A constitution is fundamental to a country. If any large number of persons rejects it, that is a recipe for civil war.

No one paid attention to my op-ed. Iraq held its January 2005 elections. The Sunnis largely boycotted.

The Sunni Arabs ended up with only 17 seats out of 275, and 3 of those were on the Shiite list cobbled together by Sistani.

The Sunni Arabs played very little role in crafting the constitution. In mid-October of 2005, when the referendum was held on the constitution, all three Sunni-majority provinces rejected it.

In 2006, a few months later, a civil war broke out between Sunnis and Shiites in Iraq. Part of the impetus was the Sunni rejection of what they saw as the Shiite constitution. Some 2500 people were showing up dead every month by that summer. Sunnis were massively ethnically cleansed from Baghdad.

So that was the actual impact of the Fallujah campaign. It pushed the Sunni Arabs off the fence and most of them became anti-American. Thousands of police resigned from their government positions. Entire cities became sullen and rejectionist.

So, the American Fallujah campaign did not save Iraq and nor did it create a path toward democracy in Iraq. To the extent that it angered the Sunni Arabs and alienated them from the American-sponsored political process, it was highly negative. There is a sense in which it led to the civil war of 2006-2007.

The people of Fallujah do not believe that they owe something to the Americans. Even the ones who later allied with the US, in the Awakening Councils, think the US forsook them after 2008. The Fallujah campaign epitomized the hubris of American rule under Bush. It was another step in the downward spiral of Iraq into chaos.