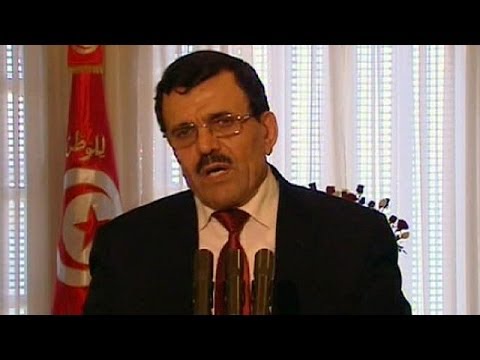 The agreement on the new prime minister that will have the arduous task of lifting Tunisia out of the current impasse came almost exactly three years after the symbolic and at the same time concrete gesture of Mohammed Bouazizi, the street vendor who set himself on fire and by doing so ignited a flame of revolt across the Arab world. The Tunisian economy has contracted since the revolution, unemployment has been on the rise and the security situation has deteriorated. For most people who had placed all their hopes in the 2010 revolution, not much has changed since then. Tunisia needs to quickly implement policies to promote foreign investment, bolster competitiveness and make capital more available to entrepreneurs.

The naming of Industry Minister Mehdi Jomaa as prime minister in a caretaker technocrat cabinet was announced on 14 December 2013 by the powerful UGTT Trade Union, which has been acting as a mediator since the beginning of the political crisis. The 50-year old independent has three weeks to form a government, which will prepare for presidential and legislative elections next year. This is only the first in a number of steps that Tunisian political actors have to make to accomplish the Roadmap worked out in October among all the main political forces, including the ruling Islamist party, Ennahda, and its secular opposition, mainly Nidaa Tunis – a leading secular party led by long-time politician and former prime minister Beji Caid Essebsi. After several weeks of deadlock, the country will now try to move forward with the creation of a new non-partisan government after a pledge by Ennahda, the leading party in the governing coalition, to resign peacefully. Next to this, the most significant unsettled issues on the table are the approval of the new Constitution, the final draft of which was agreed upon over the summer after many debates and disagreements over the role of Islam and the form of government and has since been waiting to go to vote in the plenary Constituent Assembly; and the scheduling of the next parliamentary and presidential elections, which entails passing a new electoral law. The draft constitution represents major concessions from Ennahda, which favoured a parliamentary system, largely based on calculations of its own electoral success in winning a plurality of seats in the next few elections. Alternatively, secular parties, which are much more fragmented, favoured a stronger president in the style of Bourguiba to counter an Ennahda plurality in parliament. The result is a semi-presidential system that gives important powers to both a prime minister, elected by parliament, and a directly-elected president.

Tunisia’s political impasse, potentially the most critical time since the revolution, is first and foremost an institutional crisis. The crisis, characterised by mistrust and partisanship between the ruling coalition and the opposition parties, has to do with the most elusive political goal Tunisia has yet to reach: to constrain the executive without resorting to religious or military domination. Ultimately, democracy relies on an implicit quid pro quo among contending groups, according to which each agrees to protect the others’ rights in exchange for recognition of its entitlement to govern should it win an election. Constitutional provisions alone cannot ensure such an outcome, for those in power can easily override them. Instead, norms of proper political behaviour must become embodied in the institutions –political parties, parliaments and courts – in order to prevent abuse of power. Today, Tunisia is close to a final deal that will embed the protection of the others’ rights and checks and balances on the state’s institutions in a new political order.

Such a deal can only be sustained if each party is aware that undermining the other will have consequences that are damaging to all. Islamic and secular parties will have to work together on a number of issues no matter the results of the elections in order to avoid the wholesale exclusion of one group or another and the hijacking of the transition by the military, as has happened in Egypt. When an outside force such as the military interrupts the process of reconstituting mutual trust through democratic practice, either directly or because one of the parties can rely on its intervention, the dynamics of political behaviour change irrevocably. The loss of continuity in political parties, parliamentary procedures and judicial processes encourages short-term calculation and spawns illiberal practices.

True as it may be that the Tunisian armed forces are small and de-politicised and therefore not prone to intervene in the political process, they nevertheless suffer from other malaises. Security-sector reform is desperately needed in Tunisia to reorient the security services towards the public interest and not that of the political leadership. The constitution sets up provisions to ensure civilian control over the military, but it says little about the domestic police and intelligence services. These and other issues will have to and can only be settled by domestic actors in Tunisia. Nevertheless, there could be a role for the international community, especially the European Union, in sustaining the current efforts to move beyond the political impasse, either by providing an impartial mediator or closely supervising the next elections. A potential EU role should be underpinned by a demand coming from inside and by a clear architecture specifying the conditions, forms and goals of any type of external intervention.

Ultimately, the Tunisian population knows very well that it alone can bring to an end what it started three years ago. Despite its current political impasse, Tunisia still represents the best chance for a successful home-grown democracy in the Arab world. A new page can today be written of the complex Tunisian transition, a page that derives its strength and legitimacy from that gesture that changed the history of this tiny country and of the whole Arab world forever.

Silvia Colombo is a PhD candidate in comparative politics at the Italian Institute for Human Sciences (SUM)/Università La Normale, Florence. She is also a research fellow in the Mediterranean and Middle East Programme of the Rome-based International Affairs Institute (IAI). She is currently visiting researcher at the LSE Middle East Centre.

Euronews reports on the resignation of Prime Minister Ali Larayedh to make way for a caretaker government that will oversee new elections.