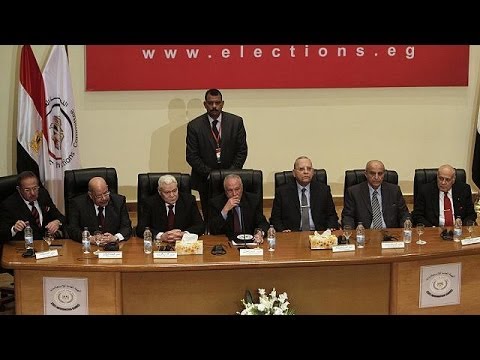 The announcement on Saturday by the Egyptian government that there was a 38% turnout for the referendum on the new constitution was unexceptional. It was more than the 33% that turned out to vote on the Muslim Brotherhood constitution of 2012, but not that much more.

But the declaration that the constitution had passed by 98% turned the exercise into a farce. In 2013, the split was 63% for, 37% against. That is a believable proportion. There were problems with the 2012 referendum, including intimidation at polling stations of secularists and the refusal of the judiciary to oversee the voting and secure the ballot boxes. But the pattern of voting, where much of Cairo rejected that constitution whereas rural southern provinces greeted it enthusiastically, rang true.

Ironically, the prohibition on campaigning against this constitution, and on demonstrations against it, was contrary to the provisions of the constitution itself. It is a very bad sign for an organic law to become the law of the land in ways that contradict its own articles.

It isn’t a bad constitution as these things go, and most of its flaws were also present in the 2012 text. That isn’t the issue. The process whereby it was adopted is so flawed as to promise long term social division rather than national healing.

One of the things Egyptians most minded about the deposed dictator Hosni Mubarak was precisely that he used to win presidential referendums with almost no dissent. It wasn’t plausible; few were satisfied with his rule after the first few years. One Egyptian said on twitter, now we are back to the days of 98%.

What 98% represents is insecurity and of arrogance, at the same time. The constitution would have won without the repression that preceded the referendum. Indeed, since it was a referendum it is not even clear how it would lose; it wasn’t competing against anything else. To attempt to whittle the opposition down to 2% is a sign of deep insecurity and lack of confidence. Why have an election at all if you insist you have to win overwhelmingly? The officer corps could just have issued the constitution as a fiat.

It is a sign of arrogance because it says the elite does not care if you think they look absurd. The do not care what anyone thinks, beyond the 40% or so of the public who approve of their coup, and beyond the majority that opposed the Muslim Brotherhood government. The opposition may not be huge, but it is a good fifth to a third of the population. Configuring it instead as 2% is an f-u gesture.

But that arrogance had already been clear in the absurd declaration in December that the Muslim Brotherhood is a terrorist organization and the passage of a law imposing 5 years in prison and heavy fines for so much as defending the Brotherhood. Abruptly declaring that the entire political basis for the previous elected government is now a thought crime is Orwellian. It resembles the sudden governmental shifts in 1984, which cause the past suddenly to be rewritten so that things had always been like that.

The point of having a new constitution is to provide a common framework for Egyptians to go forward in their transition away from the Mubarak dictatorship. But this constitution is not consensual. The last one probably was supported by a fifth of the population. This constitution is probably supported by over a third. It is an improvement, but we don’t really know how much buy-in there is because no real debate was allowed. The text of the constitution was drafted by a committee appointed by a government that was appointed by the officer corps. The constituent assembly wasn’t elected and wasn’t representative, though neither was the body that drafted the 2012 text.

If the constitution had been passed by 70%, that would have been a cause for rejoicing. That it has passed by 98% is a source of ridicule and a sign of political immaturity on the part of the self-appointed ruling clique.

The Mubarak government had a moment of popularity in the early 1980s and even permitted a “Cairo Spring” of sorts early on. But power corrupts, and unchallenged power corrupts absolutely. By the 1990s Egypt had gone back to being an unadulterated police state. By the zeroes of this century, the Mubarak family was worth billions and started making plans to have Egyptians inherited like so many sticks of furniture.

Whoever becomes president in the upcoming elections, if he wins by 98%, will just become another Mubarak. Transitions to democracy come when there are two elections conducted according to rules accepted by all the major political forces. We haven’t seen that acknowledgment across the board of the post-Mubarak rules. In essence there haven’t been any elections that fit that bill, though there were two major elections, in 2011 and in 2012.

The massive crackdown on the Brotherhood, with an alleged 21000 in prison and over 1000 killed when sit-ins were broken up, is destabilizing and will only be more so as time goes on. That prominent 2011 revolutionaries are now in jail for simply mounting an unauthorized demonstration is a sad end parenthesis to the 2011 revolution. Worst of all is that some 900 youth in 2011 gave their lives for a more democratic Egypt. The martyrs’ blood so far was spilled in vain.