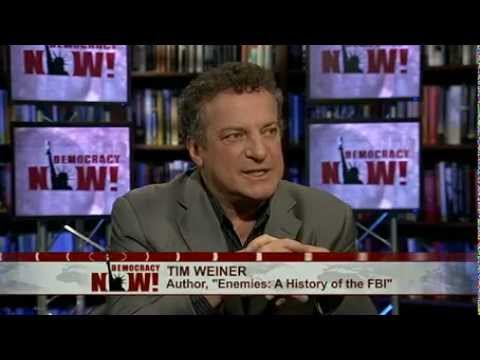 Among the ironies of Barack Obama trying to sell us the gargantuan NSA domestic spying program is that such techniques of telephone surveillance were used against the Reverend Martin Luther King, Jr. in an attempt to destroy him and stop the Civil Rights movement. Had the republic’s most notorious peeping tom, J. Edgar Hoover, succeeded in that quest, Obama might never have been president, or even been served in Virginia restaurants.

Now that MLK is recognized by all but a tiny minority of Americans (Dick Cheney being in the minority) as a national hero, it is sometimes hard to remember that the Establishment treated him in his own lifetime like a criminal conspirator. He merely demanded the end of Jim Crow Apartheid and equal rights and opportunities for African-Americans with whites in every state of the union. As a result of this entirely reasonable demand, required by the 14th Amendment, he was placed under 24 hour a day surveillance by the Federal Bureau of Investigation. As with everything in the Cold War, the pretext was that King might have Communist associates. Just as the NSA grabbing our metadata today is justified by the pretext that all 310 million of us might have al-Qaeda associates.

King’s powerful “I have a Dream” speech from the steps of the Capitol provoked a frothing at the mouth Hoover to swing into full action against him.

One of Hoover’s aides wrote in a memo after that 1963 event,

“In the light of King’s powerful demagogic speech…We must mark him now, if we have not done so before, as the most dangerous Negro of the future in this Nation from the standpoint of communism, the Negro, and national security.”

At Hoover’s urgent request, Bobby Kennedy permitted the FBI secretly to break into King’s premises and those of his associates and plant bugs. They also bugged meetings where he spoke and hotels he stayed in. Let me repeat that. The reaction of the head of the FBI and the attorney general of the US to King’s dream that little boys and girls of different races would play games with each other was to record his every word and action and those of his friends.

If that speech can get you that kind of scrutiny in the USA, then why should we ever trust any high government official with our personal information? Most of us are at least as idealistic as that.

The FBI caught MLK in a couple of extramarital encounters. Hoover, who had profound sexual hang-ups probably to the point of psychosis, hated him with a passion. Having spent his career using the information he gathered on Congressmen to blackmail them, he apparently hoped to use MLK’s “alleycat” “degenerate” (Hoover’s words) against him.

Hoover, the supreme perv, sent him an anonymous threatening letter:

“You are a colossal fraud and an evil, vicious one at that . . . The American public … will know you for what you are — an evil, abnormal beast . . . Satan could not do more . . . King you are done . . . King, there is only one thing left for you to do . . . You know what it is … You better take it before your filthy, abnormal fraudulent self is bared to the nation.”

Presumably Hoover hoped to drive King to suicide under threat of having his dalliances revealed; presumably also MLK would have put together that Hoover had his private life in his files.

When King was awarded the Nobel Peace prize, Hoover attempted to derail the ceremony by trying to leak the affairs to the press. To their credit, the editors and reporters recoiled from the squalor of the entire matter and refused to touch it.

The point is that King’s private life is irrelevant to his public demands and his public role. He was demanding constitutional rights for all Americans. Whom he shtupped in his spare time is not germane to the rightness of that demand.

Note that today’s NSA collection of all Americans’ smartphone records shows who they called and texted and where they were when they did it. All American dalliances are as transparent in those records as King’s were to Hoover. If the US government was willing to try to blackmail King and many other public figures (Hoover always went straight to any Congressman on whom he got dirt and let him know about it, putting the man in his back pocket), then it is willing to blackmail anyone who becomes inconvenient.

That Barack Obama thinks we’re so naive or uninformed about American history that we will buy his assurances that the NSA information on us would never be used is a sad commentary. Indeed, we cannot know for sure that Obama himself and other high American officials are not being blackmailed into taking the positions they do on domestic surveillance. If the American people do accept such empty words, then I suppose they deserve to have Hoover’s pervy successors in their bedrooms.