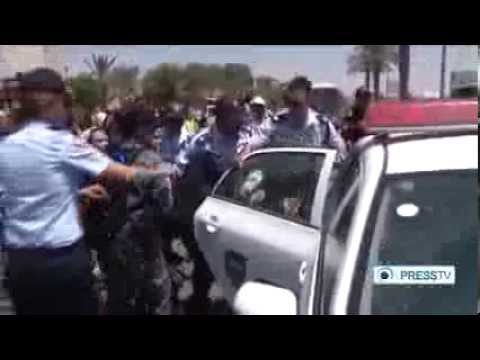 On December 25, Ali Jarbawi published his blockbuster Op-Ed “The Coming Intifada” with The New York Times. ”We Palestinians are living through the worst situation in years,” he wrote. Meanwhile, Kerry & Co. attempt to strike an historic peace agreement.

So what will it be? Or perhaps ”The Coming Intifada” will be different? Perhaps it will not involve violence. Asef Bayat, the renowned sociologist, looks back in time for inspiration.

“The first Palestinian Intifada (1987 to 1993), one of the most grassroots-based mobilizations in the Middle East during the past century, combined demand for self-rule with democratic governance, and the reclaiming of individual and national dignity,” he wrote in 2011. “That Intifada remains a role model and inspiration to today’s protesters.”

Other thinkers and writers seem to believe force is inevitable should Palestine explode. Here’s a compilation of their words.

“The alternative to getting back to the talks is the potential of chaos… I mean, does Israel want a third intifada?”

– John Kerry, US Secretary of State

”John Kerry must think twice before he warns the Israeli government and citizens in public against a third intifada, if the negotiations with the Palestinians fail. The warning is in place and should be said, but not in public. When it is said openly it contributes to the legitimacy given to hot-blooded Palestinians.”

“An intifada is mostly blood and fire, and if the Palestinian people and factions are not thoroughly prepared for it, it could have disastrous consequences.”

“The third intifada will be started by the soldier who kills another child, the military prosecutor who once again decides that the killing was by the book, the bureaucrat who signs the order to demolish a house, the brigade commander who continues to watch how settlers beat down shepherds, the judge who extends the remand of another protester, the settler who kicks a young woman.”

”If nothing is done to quell the growing anxiety and rising hopelessness among Palestinians, it will only be a matter of time until the Occupied Territories explode.”

– Ali Jarbawi, political scientist and a former minister of the Palestinian Authority

”Bassem Eid, a Palestinian human rights worker and an insightful analyst of Arab affairs… said he had ‘no shadow of a doubt’ that Hamas’s primary goal in calling for an intifada from the West Bank was, first, to weaken the Palestinian Authority and only second to hinder the negotiations.”

”No matter what Kerry does or Livni says or Israel agrees to, a third intifada is on its way. Abbas says we can count on it.”

– Ruthie Blum, author of To Hell in a Handbasket: Carter, Obama, and the ‘Arab Spring.’

PressTV reports on PLO charges that Israelis have been guilty of thousands of abuses of Palestinians under their occupation in 2013: