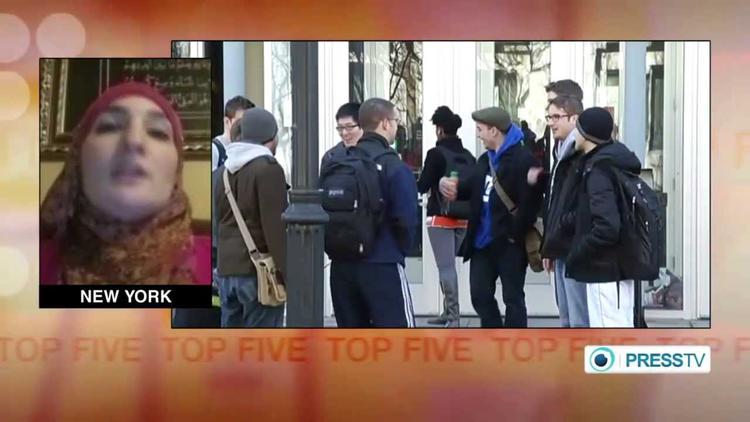 A federal judge ruled Thursday that the NYPD's secret spying on Muslims in schools, restaurants, and mosques with no evidence of wrongdoing is perfectly legal, and it was the media's exposure of this surveillance that was the real cause of harm. The decision prompted outcry from civil rights and racial justice advocates.

"The idea that the only harm was that you found out you are being spied on is ridiculously absurd logic," said Ibrahim Hooper, spokesperson for the Council on American-Islamic Relations, in an interview with Common Dreams. "When a judge says it's okay for a government to do any level of spying on a religious community, that has a chilling effect,"

U.S. District Judge William Martini in Newark, New Jersey on Thursday tossed out the lawsuit Hassan v. City of New York, brought against the NYPD by a group of New Jersey-based Muslims — including an Iraq war veteran and the former principle of a Muslim girls' grade school — who had been directly targeted by the surveillance. In a complaint filed by the civil rights organization Muslim Advocates and counseled by the Center for Constitutional Rights, the plaintiffs charged they had been unlawfully targeted on the basis of race, religion, and country of origin, causing them direct harm.

Martini — a Bush appointee and former Republican congressman — rejected their argument, writing, "The more likely explanation for the surveillance was to locate budding terrorist conspiracies."

The judge went on to argue that the Pulitzer Prize-winning Associated Press investigations of the NYPD's spying on Muslim communities — not the surveillance itself — caused harm to the plaintiffs. He wrote,

"Martini essentially said that what the targets didn’t know didn’t hurt them," writes Dan Froomkin for The Intercept.

Center for Constitutional Rights Legal Director Baher Azmy slammed the ruling: "In addition to willfully ignoring the harm that our innocent clients suffered from the NYPD’s illegal spying program, by upholding the NYPD’s blunderbuss Muslim surveillance practices, the court’s decision gives legal sanction to the targeted discrimination of Muslims anywhere and everywhere in this country, without limitation, for no other reason than their religion."

Since 2002, the NYPD has spied on Muslims in "20 mosques, 14 restaurants, 11 retail stores, two grade schools, and two Muslim Student Associations in New Jersey," according to a statement from CCR. This has included sending paid infiltrators and informants into Muslim communities, capturing video and photograph surveillance, and community mapping. The NYPD also identified "ancestries of interest" when determining which communities to target. These people were surveyed with no indication of wrongdoing, and to date there is no evidence that the spying has made anyone more safe.

Critics warn that the Thursday ruling strikes a dangerous blow to civil rights.

“The ruling is a modern day version of the discredited Korematsu decision allowing the wholesale internment of Japanese Americans based solely on their ancestry," said Azmy. "It is a troubling and dangerous decision.”

A similar lawsuit by the ACLU, and legal proceedings filed by civil rights lawyers, are still pending. Meanwhile, the plaintiffs in this case vow to press on.

“The fight is not over by any means," said Glenn Katon, legal director of Muslim Advocates.
"The surveillance program violates the Constitution, and we are confident that this decision will not hold up to review upon appeal."