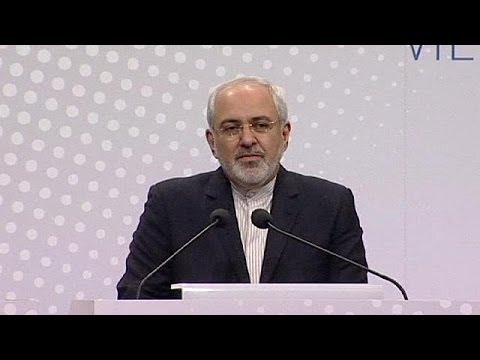 US television newscasters have often slipped up and spoken of an Iranian nuclear “weapons program,” even though no UN inspectors have found firm evidence of any such thing and Iran maintains that its program is for peaceful purposes.

Now that there is positive evidence of thorough Iranian cooperation with the International Atomic Energy Agency, US television news is ignoring a clear sign that Iran is hewing to the breakthrough agreement of last November. I’m saying this should be a headline on tv news but it is not:

Reuters reports that the International Atomic Energy Agency has confirmed that Iran is abiding by the commitments it made last November to mothball its enrichment of uranium to 19.25 percent for its medical reactor, to produce isotopes for treating cancer. Iran committed to ceasing enrichment to that level, sticking to enriching to 5 percent, the level needed for fuel for Iran’s three Bushehr nuclear reactors.

“Its report said Iran’s most sensitive nuclear stockpile – uranium refined to a fissile concentration of 20 percent . . . had declined significantly for the first time in four years and was now well below the amount needed for one bomb, if processed to a high degree.

Since halting this enrichment under last year’s deal, Iran has diluted some of the material to lower-level uranium and converted some into a less proliferation-sensitive oxide form.”

Western powers, including Israel, were worried that with gas centrifuge enrichment technology, it is slightly easier to enrich uranium already at 19.25% to the 95% level of enrichment needed for an atomic bomb than it would be to bring 5% enriched uranium all the way up to bomb grade. That Iran’s stockpile of low enriched uranium at the 19.25% level has fallen for the first time in the past few years, and is now below the amount that would be needed for a bomb if it were enriched to 95% should be a major advance in allaying Western fears.

In fact, Iran lacks the capacity to take the 19.25% enriched uranium up to bomb grade, and there is no evidence that it has solved the many thorny technical problems involved in bomb-making.

Iran’s supreme leader, Ayatollah Ali Khamenei, has repeatedly ruled that producing, stockpiling and using nuclear weapons is contrary to Islamic law and has forbidden weaponization of Iran’s enrichment program. As a religious leader, Khamenei would suffer severe loss of credibility if he gave these rulings and then secretly tried to make a bomb. Western journalists are mostly secular in outlook and do not understand Shiite Islam, and so they tend to dismiss Khamenei’s rulings as unimportant or dishonest. Israeli hawks and their American fellow travelers have also tried to muddy the waters on this issue.

The IAEA said last week that “Iran has taken the initial practical measures that were foreseen” in the November agreement on six practical measures Iran was to take to reassure the West of the peaceful character of its civilian nuclear enrichment program:

On 8 and 9 February 2014, the Agency and the Islamic Republic of Iran (Iran) held constructive technical meetings within the Framework for Cooperation that was agreed between the parties last November.

Iran and the Agency reached agreement on seven practical measures to be implemented by Iran by 15 May 2014.

The agreed measures are:

There has been a rash of articles about how difficult the negotiations of the UN Security Council permanent members plus Germany are and how unlikely they are to succeed.

But these pieces are burying the lede. The IAEA, which has been hostile to Iran under the leadership of Yukiya Amano, is saying that Iran is fulfilling its side of the bargain so far and that a key source of anxiety, the stockpile of 19.25% LEU, is no longer worrisome.