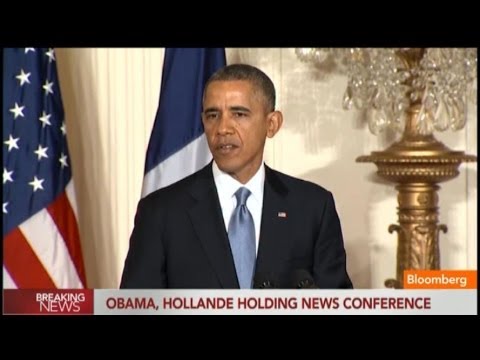 The last round of talks to bring some relief to the humanitarian disaster in Syria achieved remarkable nothing. The anti-Assad delegation traded barbed insults with the Syrian government delegation and all left the meeting with the reaffirmed conviction that the other side cannot be trusted. But something peculiar happened on the side of the talks. A minor PR episode that holds significant potential for the geo-politics of the Middle East.

Speaking in Israel a few days before the Geneva II talks on Syria, the US Secretary of States John Kerry suggested that Iran may have a role to play in the talks. It is hard to know if this was a thought-through proposition or an impromptu thought-bubble. Kerry is gaining a reputation for the latter, ala the destruction of Assad’s chemical weapons to avert US military action. The suggestion that Iran could be involved in Syria talks caused a major backlash and the idea was promptly withdrawn.

This episode was quickly superseded in the media reports by the fast moving pace of the crisis. But it did signal a tentative yet tectonic shift in the regional power balance. The prospects of a rapprochement between the United States and Iran has the potential to rewrite regional alignments. The talks on Iran’s nuclear program is a case in point. Under Hassan Rouhani’s presidency, Iran has made a bold move to break out of its self-imposed isolation. Rouhani was elected with a mandate to free Iran of the crippling sanctions and negotiate on Iran’s nuclear program. His electoral message that the turning of the centrifuge should not come at expense of people’s livelihood stroke a cord. To date, talks have progressed well and Iran has agreed to suspend uranium enrichment to 20% in return for the easing of some sanctions. The Iranian Foreign Minister has shaken hands with the US State Secretary to seal the deal. This achievement is of course reversible. Nonetheless it is a remarkable departure from the pattern of animosity that had come to characterise US-Iran relations.

Kerry’s suggestion that Iran could play a role in the international efforts to address the deadlock in Syria is grounded in two key assumptions. It is an acknowledgement that Iran has a stake in Syria and, more importantly, that Iran could work constructively with the West. These are contested assumptions of course, especially the latter. Critics of US-Iran rapprochement dismiss the notion that Rouhani is genuine about repairing relations with the United States and Iran’s neighbours and accuse him of being a wolf in sheep’s skin – a rouge to ease sanctions. It may be too early to pass judgement on Rouhani’s intentions and his ability to bring such radical change, given the nature of the Iranian regime. But his government has suggested that Iran is not wedded to Bashar al-Assad and this is big news, just as big as the advances in nuclear talks.

Iran’s position on Syria has been complicated and for Iran to really play a constructive role, certain concerns need to be ticked off. Syria has been Iran’s only state ally in the Middle East. Given Syria’s shared border with Lebanon and history of conflict with Israel, this alliance has served Iran’s Islamic revolutionary agenda. The benefits have been geostrategic and symbolic. It has facilitated contact and shipment of arms and expertise to Hizbullah and Hamas and has highlighted Iran’s commitment to the Palestinian cause by siding and sponsoring anti-Israel forces. The alliance with Assad has been an important strategy to advance Iran’s anti-Israel and anti-US image. That revolutionary image put Arab leaders to shame among their own subjects for failing their Palestinian brothers and allowing Israel to continue occupying Arab land. Abandoning Assad is tantamount to abandoning everything else that this alliance offered Iran. How can Iran turn its back on Assad?

Two key issues may help make sense of the new Iranian position. The Syrian civil war has descended into sectarian warfare. This is a dangerous turn that has spilled across the region and brought death and destruction on Muslims by the hands of other Muslims. The Sunni Islamist groups portray the conflict in terms of jihad against the Shia and the Alawites and are supported in that claim by Wahhabi clerics. The civil war in Syria resembles a proxy war where Iran’s military support for the Assad regime is presented as a Shia campaign against the Sunni population. In turn Saudi and other Arab Sheikhdoms’ support for the rebels is presented as holy war against the Shia. This sort of blatant sectarianism and the not-so-hidden conflict with Saudi Arabia and other Arab Sheikhdoms does not serve Iran. Traditionally, Iran has claimed to represent all Muslims, hoping to transcend the sectarian divide. This approach is even more important to the Rouhani government as he has taken a much more conciliatory approach to Iran’s neighbouring states.

And this brings us to the second point. Rouhani has done very well to re-set Iran’s relations with the United States and would be keen to extend an olive branch to its own region. This is very much in line with his efforts to repair some of the damage done to Iran’s international standing under his predecessor. He is conscious that open hostility and antagonism towards Saudi Arabia and other Arab states will put US-Iran rapprochement at risk. Indeed, how can the two mend fences if Iran continues to threaten Saudi interests? Improving Iran’s regional standing and building confidence, therefore, are parts of a bigger picture. In that picture, Iran stands as a benign power, recognised for its contribution to civilization and regional stability. The reality, however, is far removed from that idealised picture and Rouhani’s government has a way to go towards it. Unfortunately for him, the challenges are not all external.

Iran’s new approach has an obvious Achilles’ heel. Iran’s history of anti-Americanism, held closely by sections of society and most importantly by more than a few leading clerics, put obvious hurdles in front of Rouhani. The Supreme Leader Ayatollah Ali Khamenei reserves the final say. So far President Rouhani has managed to keep him on side. For Iran to play a constructive role in Syria, ie. stop supporting Bashar al Assad, the Iranian leadership needs to be convinced that such move will advance its cause. The prize needs to exceed the price. What Iran gets from the international community in relation to Syria needs to be worth losing a friend and jeopardising the link to Hizbullah. This maybe a bridge too far. But it is remarkable that the Iranian leadership is contemplating it.

Shahram Akbarzadeh is Professor of Middle East and Central Asian Politics at Centre for Citizenship and Globalisation, Deakin University. He is author with Kylie Baxter of US Foreign Policy in the Middle East: The Roots of Anti-Americanism