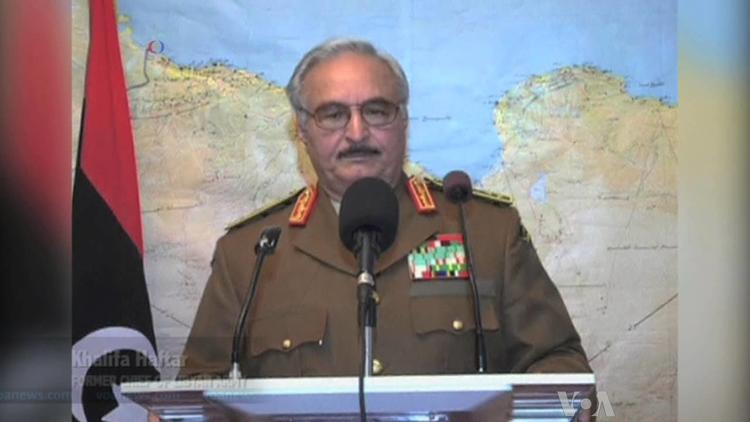 Libyans on Monday celebrated the third anniversary of the beginning of their popular revolution against the dictatorship of Muammar Gaddafi. The commemoration was bittersweet, since although personal freedoms have much expanded, 3,000 non-governmental organizations have been founded, and political activity is relatively unconstrained on paper, the persistence of militias and low-intensity violence have cast a pall on the achievements.

Tripoli – Can Libya be a nation whose citizens enjoy freedom and security? The quandary made itself all too clear when we tried to hold a news conference in a hotel in Tripoli in late January.

In that room, we and those who joined us, including representatives of several disenfranchised minorities, could speak as critically of the government’s shortcomings as we wished. There was no comparison with our fear and caution back in Muammar Gaddafi’s time in 2009, when we did the same thing.

But outside our rambunctious conference room, paramilitary militia members lounged in the lobby. Other militias were fighting in Zahra, on the outskirts of the capital, Eijelat in the West, as well as in Sebha, in southern Libya, and in Sarir, in South Eastern Libya.

Two and a half years since NATO’s UN-authorized intervention, Libya is teetering on the brink of failure. The still-transitional government has at best nominal control in much of the country, including the capital, but has been unable to disarm dozens of armed groups. Some provide essential security at the government’s behest, while others terrorize, kidnap and murder civilians and government officials with total impunity.

An ambitious plan with an already-past deadline of December 31 to integrate the militias into the official security services seems rife with uncertainty. Will all militia members continue to receive their salaries? What will the government do if they ignore this decree, as they have the others?

There is no magic formula to lend reality to the rule of law here. But a concerted effort to address a few key problems may help restore some confidence in the government’s ability to exercise its authority, and that is where the international community can help.

To start, the Justice Ministry can move more decisively to either charge or release the approximately 5,000 detainees held in 41 prisons often under the nominal – but not real – authority of the Judicial Police. It should also urgently document how many detainees are under militia control – a number that shockingly, no one seems to know – and move them to the jurisdiction of the government.

Many of these people have been locked up for as long as three years, without facing a single charge, much less seeing a judge or a lawyer. Isn’t this the sort of thing the revolution was supposed to end? The legal answer is clear: the authorities are obliged to release these detainees in light of their failure to charge and bring the detainees before a judge well beyond any limit provided under international law.

Justice Minister Al-Marghani has said he urgently wants to solve this situation, but lacks the trained staff. Meanwhile, the government has set yet another unrealistic deadline to resolve their cases by March 2. Rather than focus just on training staff, which will take years, the international community should provide the trained, technical personnel who can document the case files for these detainees and identify the basis for their detention; this would eliminate any further excuse for their continued detention without charge.

While it seems that Libya has no intention to comply with its legal obligation to hand Gaddafi’s son, Saif al-Islam, over to the International Criminal Court, the authorities could do far more to provide him and other detained prominent former Gaddafi officials, including Sanussi, Baghdadi and Dorda, regular family visits and unrestricted access to counsel of their choosing, as for any regular detainee.

We visited them in late January. They didn’t voice serious concerns about their detention conditions, perhaps presuming that our conversations were not private, although no guards were present. But they uniformly protested the unfair process against them, including multiple interrogations by judicial, militia and unknown plain-clothes persons, and were convinced that they would not receive a fair trial in Libya.

Surely even militia members and revolutionaries, some of them detained without due process under Gaddafi, would support providing any detainee basic rights and an impartial process that would ensure justice.

It would also make a huge difference if the authorities could aggressively prosecute at least some of those responsible for the most prominent political assassinations since the end of the Gaddafi era, which have exponentially increased this past year.

We have documented about 70 cases in Benghazi and Derna, where most of these killings have taken place, including lawyers, judges and political leaders. Just this Saturday, Abdelaziz al-Hasadi, the first prosecutor general appointed after Gaddafi’s fall, was gunned down in Derna. One judge told us that as many as 25 of his fellow judges have fled Benghazi to Tripoli, threatened with murder if they pursued cases. In Derna, we’re told that the courts are closed, with no active judges or judicial police. There’s no doubt that prosecuting these cases poses tremendous risks to investigators and the judiciary, but the cost of doing nothing is much greater, as Libyans lose faith in the government’s ability to provide security against the rampant killing.

Whatever difficulties it faces, the authorities can also seriously investigate the killings of at least 82 protesters in Benghazi and Tripoli last year and prosecute those responsible. Despite the government’s promises, there’s no evidence that they have taken the most basic investigatory steps, like summoning witnesses. They may be limited in their capacity to prosecute, but at a minimum it should make the findings of its investigations public. It will put those responsible on notice that they will face justice one day.

The government should also make clear it represents all of Libya’s people, not just Arabs, but also Tuareg, Amazigh, Tabu, and other minority groups. Three years on, it has done little to end, let alone prosecute, an ongoing crime against humanity – the shameful forced displacement of 35,000 people from Tawergha and the destruction of their town by militias that accused the Tawerghans of supporting the Gaddafi side during the battle to oust him.

We visited their camp in Tripoli and found women and children living in deplorable conditions in makeshift containers, packed six to a room. Rather than its acquiescence, the international community could take measures to end this ongoing crime, such as sanctions against the responsible militia leaders. The least the international community should do, as an interim step, is to help identify a person of international standing to urge the militias to end their collective punishment of this community, and allow those who obviously had nothing to do with the fighting return home.

“This is a jungle, and here we have the law of the jungle,” one detainee told us. How soon the government can act to prove him wrong will determine the future of all Libyans.