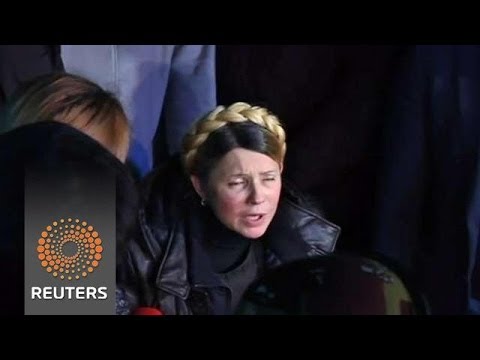 The dramatic overthrow of Ukrainian President Viktor Yanukovych on Saturday, as he fled the presidential palace and it was occupied by extreme nationalists, recalls events in the Middle East in 2011.

The crisis in the Ukraine was provoked last fall when Yanukovych reconsidered earlier moves toward integration with Europe. He is from the east of the country, which has many ethnic Russians and which is economically, culturally and historically deeply entwined with Russia. The offer by Russian President Vladimir Putin of $15 billion in aid helped to make Yanukovych’s mind up.

In my view US aggressiveness in the past 23 years is part of the problem here. The US insisted on expanding NATO by absorbing former Warsaw Pact members and humiliating Russia. The rise of Putin is in part a reaction against that humiliation. Russia is reasserting itself as a great power, carving out spheres of influence in the old 19th century way. Ukraine, Kazakhstan and Syria are in those spheres of influence. In the 19th century, wars often were caused by one country not respecting another’s proclaimed spheres of influence.

Both liberal and right wing youth in the west of Ukraine as well as in the southern capital of Kyiv (Kiev) were upset by the turn away from Europe. They hope for Ukraine to become a member of the European Union and entertain hopes that this step would improve their economic prospects. (Given the sad economic state of Spain, Greece and other EU members, including persistent unemployment of a quarter or more of the youth, this conviction is a little difficult to understand). The more extreme nationalists are reacting against what they see as Russian dominance (a mirror image of right wing Greek politics, which is anti-liberal and anti-EU). 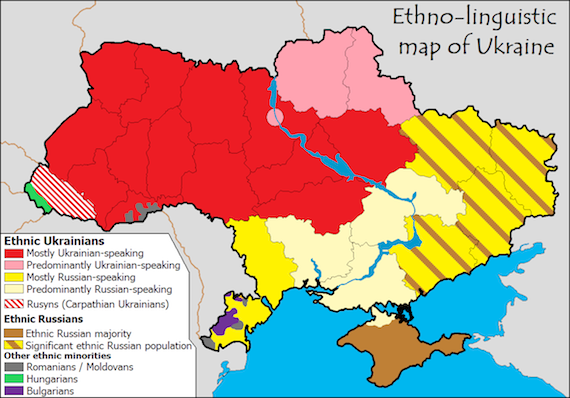 Yanukovych was forced to give up the enhanced powers he had grabbed for himself and to restore the 2004 constitution. Parliament immediately acted with its renewed powers, and impeached Yanukovych. Street politics did the rest.

The country is now in turmoil. Formerly jailed opposition leader Tymoshenko has been freed from a 7-year jail sentence (she ran against Yanukovych in 2010 and when she lost he jailed her). She had played a role in the Orange Revolution a decade ago, but has high negatives and some charge she is corrupt. She has announced she will run for president in polls now scheduled for May.

Here are some parallels to the Arab upheavals of 2011 and suggestions for how Ukraine can avoid another failure in transitioning to democracy.

* Geographical divisions such as those in the Ukraine can be deadly to political progress. The grievances of the easterners in Libya have affected oil production. Likewise, in Yemen some of the post-revolution violence and protests have come from southerners unhappy at northern dominance. Despite their victory on Saturday, the western forces would be wise to seek a compromise with the east rather than simply attempting to dictate to the latter.

* The economy is key. People want employment and they want predictable currency rates for imports. Despite the severe economic problems in the European Union and in the US, the latter two must step up to help in a serious way or a limping Ukrainian economy could provoke further turmoil. Whereas in Tunisia modest growth was restored in 2012 and 2013, in Egypt a declining pound harmed citizens dependent on imported goods (including food, since Egypt can no longer feed itself). In Tunisia there was a successful transition to new elections. In Egypt, a vast popular movement challenged the elected president and then the military moved against him. Differing economic performance is part of the reason.

* Political compromise is necessary. Allies of Yanukovych may wish to run in the May elections They should be allowed to (I’m assuming that since parliament impeached Yanukovych he won’t be eligible to complete his term or run for a new one.) Tunisia’s elite hammered out and abided by difficult compromises.

* Extremists can play spoiler. The Ansar al-Sharia in Libya and other extremist groups have made it difficult for that country to move smoothly toward a new model– as, e.g. Brazil had done when it left behind dictatorship in the past two decades. The equivalent group in Tunisia, by assassinating two left wing politicians, roiled politics in 2013.