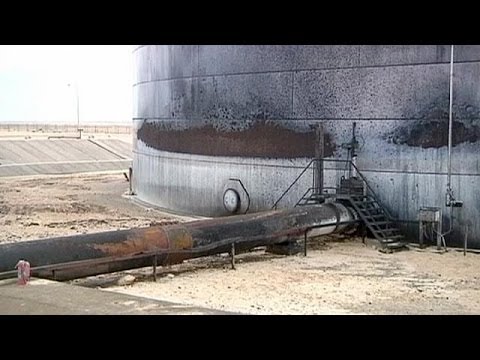 (Tripoli) – The international community should agree to provide assistance to Libya’s flailing judicial system, Human Rights Watch said . . . following the international ministerial conference on Libya . . . The assistance should include urgently needed training for judicial police and trained personnel to help Libya end the crime of mass arbitrary detention. They should review the cases of the thousands of people detained in Libya without charge, some for as long as three years.

The international community should also address the continued unlawful forced displacement of Libyans, including the entire population of the town of Tawergha. Those meeting in Rome should press for accountability, including sanctions against those responsible for crimes against humanity, including militia leaders. As an interim step, they should identify a person of international standing to urge the militias to end their collective punishment of this community, and facilitate the safe return of the displaced Tawerghans to their homes.

“Libya has been sitting on the international community’s back burner as the country has slipped into near chaos,” said Sarah Leah Whitson, Middle East and North Africa director at Human Rights Watch. “Unless the international community focuses on the need for urgent assistance to the justice and security systems, Libya risks the collapse of its already weak state institutions and further deterioration of human rights in the country.”

The Rome conference brought together senior Libyan officials and foreign ministers from the United States, United Kingdom, France, other European Union and Arab countries, and representatives of the United Nations and other international organizations. The agenda will focus on supporting Libya’s democratic transition and security needs.

Security has deteriorated in several regions of the country. Human rights abuses, such as arbitrary detention, unlawful killing, kidnapping, and torture have reached alarming levels. Violations, most committed by militia members, go unchecked.

The democratic process is in a stalemate after violence disrupted the February 21 elections for a Constitution Drafting Assembly, and several lawmakers were wounded in shootings during violence at the General National Congress on March 2. The elections commission has not yet announced the results of the February 21 elections because election related violence and boycotts by minority groups prevented it from determining the winners of 13 of the 60 seats.

Since the end of the uprising, at least seven judges and prosecutors have been assassinated. Most recently, on February 8, Abdelaziz al-Hassadi, Libya’s first general prosecutor in the post-Gaddafi government, was assassinated in Derna, his hometown.

Justice Minister Salah al-Marghani told Human Rights Watch in a phone call on March 2 that courts in the eastern city of Derna have stopped working for months, as the city has not been under government control. He said that courts in Benghazi had recently suspended all work after the assassination of yet another judge there, and that the government was transferring judges and prosecutors out of Benghazi and Derna for their own protection.

The international community has announced plans to train members of militias and others to be integrated into the army. Immediate and strong international support should also be provided to the judicial police, who provide security at detention facilities, and to judges, prosecutors, and witnesses, Human Rights Watch said.

“The serious shutdown of basic judicial and prosecutorial operations in Benghazi and elsewhere in Libya should ring alarm bells in Rome,” Whitson said. “If the Libyan government can’t exercise even these basic functions in significant parts of the country, then others will take ‘justice’ into their own hands.”

Thousands of people are detained in Libya without basic due process protections, such as access to counsel, being charged with a crime, or brought before a judge. The Justice Ministry is holding 5,500 people, Justice Minister al-Marghani said. An unknown number of people is held outside of government custody. Despite some progress, the Justice Ministry was not able to meet the latest deadline of March 2 under the country’s Transitional Justice Law to transfer all detainees to government custody.

Libyan interim governments have issued numerous promises, deadlines, and laws since 2011 to end mass arbitrary detention, including by militias. But there has been moderate progress.

The international community should provide trained personnel who can immediately review detainees’ case files to determine the basis for their detention. Anyone detained without any legal basis should be immediately released. These reviews would eliminate any further excuse for continuing to detain people without charge, Human Rights Watch said.

Libya has also failed to grant basic due process rights to Saif al-Islam Gaddafi and other detained former officials of the Gaddafi government, including the former intelligence chief Abdullah Sanussi. Gaddafi and Sanussi are implicated in cases at the International Criminal Court (ICC) regarding their alleged role in trying to suppress the 2011 uprising

Tens of thousands of people remain internally displaced in Libya, including approximately 35,000 from Tawergha. The systematic nature of this forced displacement, including the refusal to allow the displaced to return to their homes, amounts to a crime against humanity. Those responsible, including those who assist or are complicit in the forced displacement, and commanders of the responsible forces who are aware of the crime and fail to prevent it, will also be criminally responsible under international law.

Misrata leaders and militias accuse residents of Tawergha of having committed serious crimes against people from Misrata during the 2011 uprising, including unlawful killings, rape, and torture.

Libya’s security agencies are fragmented and volatile. The government failed to carry out two laws passed in 2013, laws 27 and 53, to disband militias and merge their members into state security forces. The government also failed to disarm these militias and hold to account those responsible for serious crimes since the 2011 uprising.

A deadline to end the Defense Ministry’s salary payments to militia members affiliated with the government by 2013 passed without meeting the goal. Deputy Defense Minister Khalid Sharif told Human Rights Watch during a January 20, 2014, meeting that it would take at least another six months for the ministry to register recruits and suggested that the payments would continue in the interim.

In the meantime, militias and members of armed groups, in some cases affiliated with the government or mandated by the parliament to carry out certain tasks, act with impunity. Some have taken extreme measures, including briefly kidnapping Prime Minister Ali Zeidan.

“The longer Libyan authorities tolerate the militias acting with impunity, the more entrenched they become, and the less willing to step down,” Whitson said. “Putting off repeated deadlines to disarm and disband militias only prolongs the havoc they are creating throughout the country.”

The US, UK, Italy, and Turkey have announced plans to train abroad 15,000 to 18,000 recruits and former members of militias, for a General Purpose Force whose members would join the Libyan military after an approximately six-month training cycle. Diplomats have told Human Rights Watch that Italy and Turkey have started providing training.

The government should screen individual members of militias based on international standards before merging them into the security forces, Human Rights Watch said. No members found to have committed serious crimes, including torture and unlawful killings, should be allowed to serve.

The international community and Libya’s friends, especially those that supported the NATO intervention there, should condemn serious and ongoing human rights abuses by all elements in Libya. They should use international mechanisms, such as the Office of the High Commissioner for Human Rights, to publicly document and report abuses committed, Human Rights Watch said.