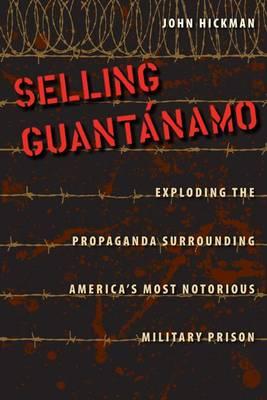 That the Crimean Crisis would be exploited by Republican Congressional leaders to criticize President Obama was inevitable. Politics hasn’t stopped at the water’s edge in the United States for a very long time.

What wasn’t inevitable was the shamelessness of Senator John McCain’s denunciation of President Obama in a speech to the most powerful ethnic foreign policy lobby in Washington. In a March 4th address to the American Israel Public Affairs Committee (AIPAC), the Arizona Republican complained about a “feckless foreign policy where nobody believes in America’s strength anymore.” Yet after insisting that Russian action in Crimea “must be made unacceptable to the world community,” all that he could offer as a policy response was the imposition of new economic sanctions. Oddly, he seemed to think it especially important that corrupt Russians be prevented from visiting Las Vegas.

If the empty bluster was merely pathetic what accompanied it was nauseating. McCain explained the Russian majority in Crimea as the result of Stalin’s mass expulsion of the ethnic Crimean Tatars. Yet he was speaking to an audience present to support Israel, a country with a Jewish majority made possible only by the mass expulsion of Palestinians. Both the Crimean and Palestinian expulsions took place at essentially the same historical moment, though Crimean Tatars retained rights of citizenship and Palestinians were mostly made stateless.

McCain fulminated about Russian annexation of Crimea and possibly of the Russian speaking eastern half of Ukraine. Yet he was speaking to an audience that had endorsed the annexation of the Golan Heights and East Jerusalem, and endorses the ongoing annexation of the West Bank. Hypocrisy more complete would be difficult to conceive.

American journalists allow politicians like McCain to get away with such nonsense because many fear reporting anything critical about either Israel or the Israeli lobby. They are also captives of the news frames constructed by official sources in Washington. For the Crimean Crisis the consensus news frame is that Russian behavior is a violation of a strong post Second World War international norm against territorial annexation. The historical reality is that the norm has been frequently and successfully violated: Poland annexed East Prussia, East Brandenburg, Lower Silesia, and Pomerania; Russia annexed Bessarabia and Bukovina; India annexed Goa, Daman and Diu, Dadra and Nagar Haveli; India and Pakistan partitioned Kashmir; Indonesia annexed West Irian; Ethiopia annexed Ogaden; Turkey annexed northern Cyprus; Morocco annexed Spanish Sahara, and Israel annexed the majority of Palestine. Yes, of course some sort of justification could be offered for each of these events. There are always justifications. What is important but ignored in the outrage currently being performed about Crimea is that “the world community” did not protest strongly or effectively.

The consensus news frame also excludes reference to the complexities of Russian and Soviet history. When reporters deploy the propagandistic phrased like “Ukraine’s Crimea” they ignore the fact that Russian sovereignty over the peninsula predates American possession of the Mississippi Valley and ignores the rather artificial transfer of sovereignty over the peninsula from Russia to Ukraine by Nikita Khrushchev, at a time when both Russia and Ukraine were part of the same country (the Soviet Union). Forget about sympathy for the difficulties faced by ethnic Russian minorities in the post-Soviet near abroad.

Between the irresponsible pandering of politicians and the cockeyed international news coverage it seems likely that many will be deceived by a simplistic narrative of Ukrainian nationalist good guys and Russian bad guys. What a pity that it always seems to take so long to realize we are being failed by our political and news media leaders.