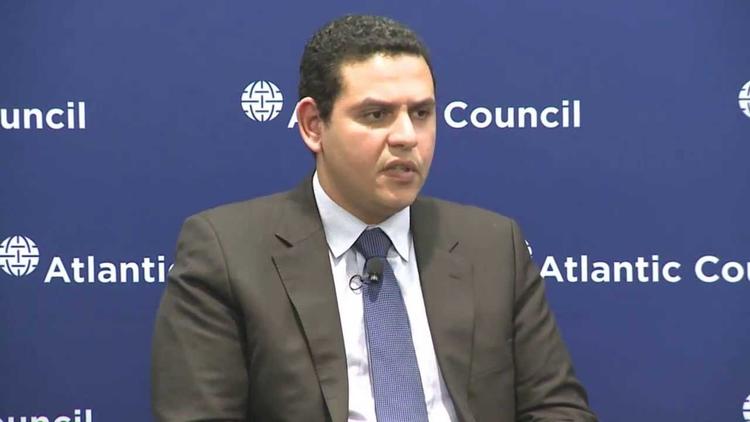 One of the principal reasons the revolutionary impulse unleashed in 2010 proved so inspiring was that it finally gave full voice to liberals, democrats and progressives of the Arab world, who rejected the idea that their only governmental options lay in sinister alternatives of authoritarian military cliques that had ruled for decades, or their radical Islamist opponents.

Those were the forerunners of the peaceful democratic uprisings, but the movements were eventually confiscated, hijacked, or beaten back by the counter-revolutionary forces that have undermined so many rebellions throughout history. ‘’Revolution, like Saturn, devours its own children, ‘’ warns Georg Büchner in Danton’s Death—a powerful drama he wrote at just 22 years of age. May ‘68 leader Daniel Cohn-Bendit echoed that caution in less poetic fashion by noting ’’those who launch revolutions are always the cuckolds of history.’’

Still, in initially rejecting the military and Islamists alike, these revolutions showed the rest of the world that a third path for the Arabs does exist – narrow though it may be. They also constituted a genuine epistemological rupture by demonstrating how fallacious traditional Western perceptions of the Arab world were. For too long, the region had been regarded panoptically, and represented only by the triptych ‘’Oriental despot/oil reserves/Islam.’’ Flesh-and-blood Arab human beings, meanwhile, were mere abstractions; individuals and their aspirations of dignity overlooked and replaced by generic images of teeming masses alternatively viewed as hopelessly lethargic, or electrified by religious fanaticism. Superbly ignored were the region’s social and economic problems, with focus instead honed on questions of security, containing immigration to Europe, and pursuing ‘’the global war on terror.’’ Arab women were reduced to traditional stereotypes of the lewd belly dancer, or oppressed female locked within the niqab.

“Those who launch revolutions are always the cuckolds of history.”All these old Orientalist clichés and dogmas were shattered in 2011 by a liberal and democratic alternative that was not an optical illusion. The revolutions nurtured a return to the Nahda: the 19th century Arab Renaissance and its modernist intellectual tradition whose richness Oxford Historian Albert Hourani demonstrated in his famous work, Arabic Thought in the Liberal Age 1798-1939.

Nevertheless, progressive and liberal ideals in the Arab world have suffered severe setbacks in recent months, as ‘’securitocracy’’ has again gained the upper hand. The “Deep States”—intelligence services and business interests with ties to former regimes— have surged back with a vengeance. Egypt, the beating heart of the Arab world, is today in the grips of a frightful nationalist and chauvinist hysteria, and descending into an unprecedented McCarthyist hunt for purported enemies that even foreign journalists are not spared from.

Several reasons explain the inability of Arab liberals to capitalize on their window of democratic opportunity. Those include a lack of leadership, organizational structures, and the significant financing their adversaries obtained from regional powers trying to stifle the winds of change. They have also faced rising levels of violence that always favor the most illiberal actors in a struggle. Meanwhile, the slow process of secularization in the Arab world and the persistent influence of reactionary religious currents leave little space for classic humanist discourse. As Austrian novelist Stefan Zweig wrote, ‘’always, the men who claim to fight for God are the most unsociable on earth, because they believe to hear divine messages, their ears remain deaf to all words of humanity.’’

But it should be noted that political liberalism is in crisis on the wider international scale as well. Signs of what some observers have called a ‘’conservative revolution’’ are present in Russia, in South East Asia, and in virtually every region of the globe—including the rising challenge of far-right movements in Europe, and out-sized influence of the Tea Party in American politics. Nations that have seen that process advance farthest have witnessed a return of authoritarian nationalism, and unabashed racism.

Yet Arab liberals must also shoulder some blame. They too often tend to live in a bubble, remain disconnected from gritty reality, and display condescendence towards conservatives that is often counter-productive and generates a backlash. Cultural battles are fundamental, but liberals too often accord them absolute priority and forget about economic and social justice issues. Democracy can only triumph if it’s founded on the middle classes, which have been crushed by the unproductive rent-based economies still predominant in the Arab world.

Liberals must above all avoid betraying their ideals by striking unnatural alliances of convenience or misguided “pragmatism.” One example is the compromised Egyptian liberals who backed the July 2013 military coup and today have succumbed to Sisimania. “That awkward moment when you realize some Arab leftists and liberals are politically to the right of Genghis Khan,’’ ironically quipped British-Lebanese architect and humorist Karl Sharro on Twitter.

Another case in point was the small group of Iraqi exiles who naively believed salvation of their country resided in the machtpolitik of the Bush-Cheney administration. Some of those Iraqis have since bolted to the pro-Iranian camp—doubtless a new illustration of the propensity of certain “liberal” intellectuals to always play the best odds, and position themselves behind the strongest force in a clash. A similar example is found in some Syrian intellectuals who’ve become so obsessed with the threat of Islamist radicalism that they’ve become the useful idiots of Bashar El Assad and his murderous “secular’’ regime.

In a London Review of Books article about “The Strange Death of Liberal America,” the late, lamented Tony Judt argued that liberals count because “they are, as it might be, the canaries in the sulphurous mineshaft of modern democracy.” —that the road to democracy can only be paved with ideals, principle, and consistency. That’s a difficult and very long battle they must wage on many fronts at once, but it’s also the only way to attain their objectives without losing their souls along the way.

Atlantic Council: “A Mixed Picture: The Political and Economic Future of the Arab Transitions”